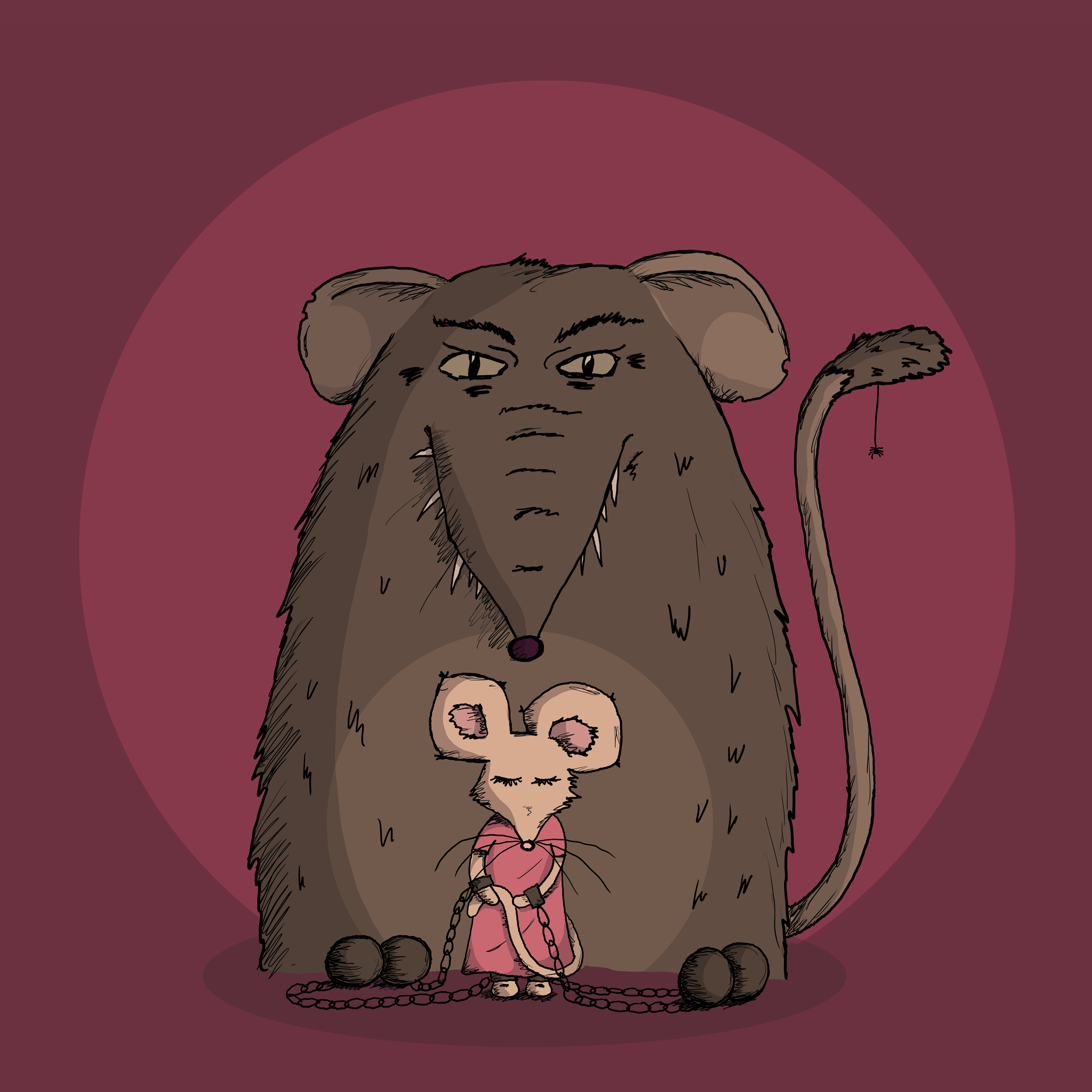 Would you believe me if I told you a good mouse went bad? Probably not, because that’s not what good little mouses do. Especially not Agatha, she was the sweetest of them all. She had bleach blond fur and the pinkest nose around and her whiskers were just to die for! Why Agatha was the prettiest little mouse in the mouse kingdom, and she did everything in her power to help others. Considering how bad her only secret was, it only makes sense she did, she just had to make up for all the bad thoughts she had and all the bad things she wanted to do. In case you hadn’t realized yet, I will tell you that our dear, dear, sweet Agatha had a dark side, who knew? She hid it so well that no one suspected she could be anything but the nicest mouse there was. Nonetheless it was very true, because you see when the sun went down, Agatha was no longer herself anymore. Every night she tied herself up in the prison chambers, hoping and praying the ties would hold and her true nature wouldn’t ruin everything for her. Agatha wanted to be the princess of the kingdom but she knew she could never truly become the princess, not with this constant burden on her shoulders. Every night Agatha had to deal with it, she had to deal with the pain and the cravings. Every evening Agatha’s skin would stretch and ripple and become leathery, her whiskers would become short and stubby and her ears would turn into spiraled and pointed horns. Her tail would stretch as long as the entire chamber and her paws would become rough and her nails long with the deadliest points. Her teeth became jagged and uneven and she would develop a taste for blood. Most nights the ties would hold, but on this nite they did not. This night would be the end of dear old Agatha. You see Agatha had a curse upon her soul, she would become a demon rat every night and if she ever tasted even one drop of blood she would stay that way. Agatha’s evil form broke free on that night and she did the most horrible thing of all, she ran through the mouse kingdom streets and scratched and maimed and even killed those she held dearest in her heart. The ones she fought to help everyday, she ended up hurting the most on this night. Agatha was never seen again that night, although her alter ego became her permanent form. They say she roams the night looking for mouses to feed on and quench her thirst. Sad isn’t it? How could a mouse that was so good, end up having the evilest side to her? The fates are twisted my love, there is no true good or bad there is only abundances of each and those who are too weak to control their true selves.