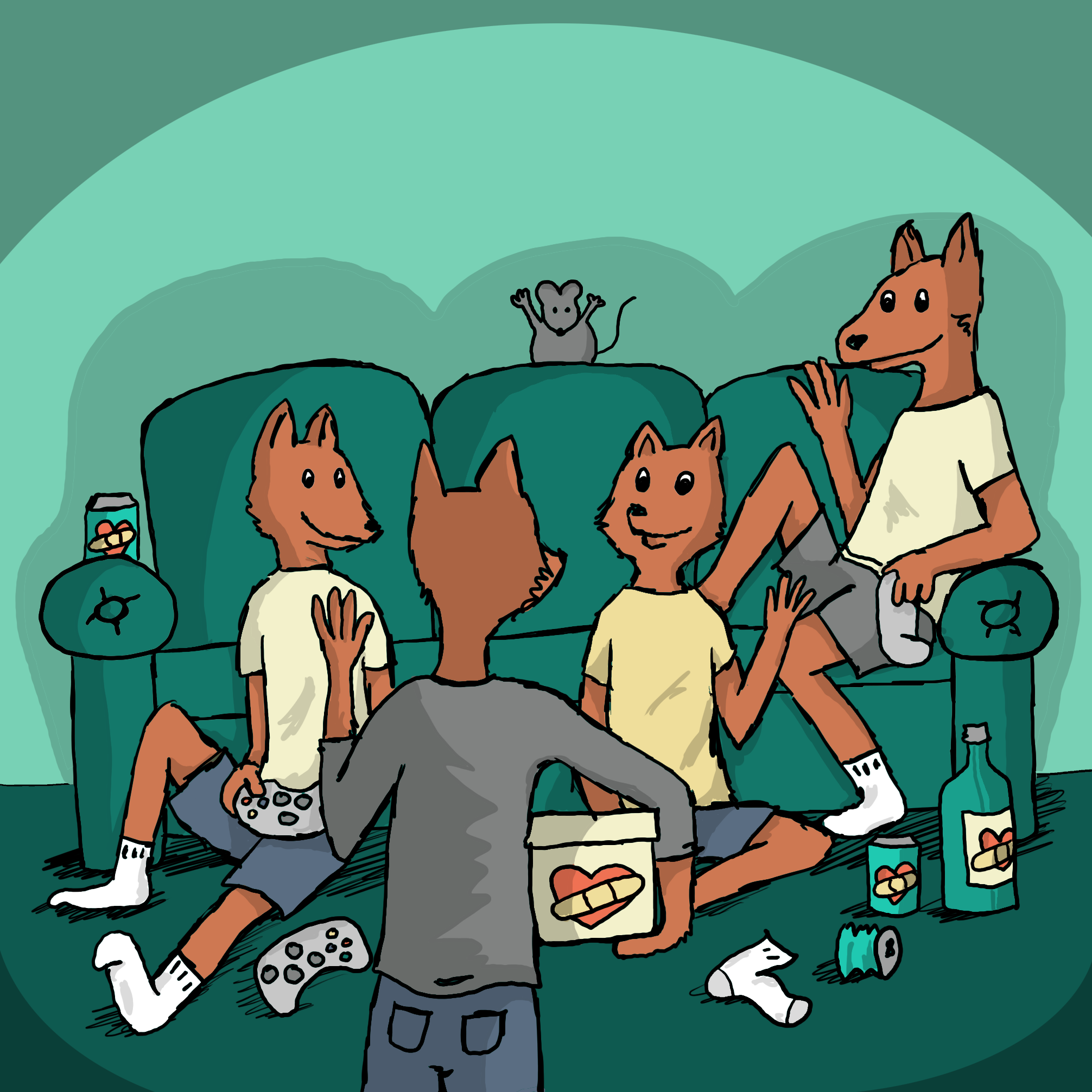 I thought I was happy, I felt happy at least. We were together for the better part of three years, we lived as one in our apartment the whole time, from day one. We had the same interests; loved the same TV-series, movies and played the same computer games. Everything just felt perfect, it was as if I’ve found my soulmate.

Time went on, after a year I was still confident that I was in the right place. I could even consider marrying this woman even though I have always felt that marriage is a waste of time and money. We knew every little detail about each other, damn it was an awesome feeling. What could go wrong, how could this relationship end?

The normal day we spent mostly together, watching something, playing games and occasionally going to town to the cinema or shopping. We didn’t have that much money so there weren’t really a lot we could do outside so the cinema was the thing we mostly did when we had a little extra money.

After a while, around two years maybe our relationship just started to fall apart. In the end we really had nothing in common except for games and movies. She was the kind of girl that wanted to go see the whole world, live in all the big cities, go famous, living in the upper world. She got depressed knowing she couldn’t do any of that because of our economic situation. I on the other hand lived one day at the time, she wanted a planned out life while I just tried to survive and make the most out of every day. There was nothing I really craved, sure it would be nice with a trip to the beach for a few weeks but do I need it? No I don’t, just living and having loving people around me is more than enough. Living in a smaller town rather than the capital is just fine for me. She also wanted to change me on a personality basis, a thing a normal human being cannot change, it’s a thing that is impossible to change.

She was a dominant woman and I was a man that is impossible to dominate, we were a perfect couple in that sense but she grew tired of me and I of her, we started fighting a lot over meaningless things. I would say most of our fighting I had no part in starting it but I’m sure she felt the same way. We almost stopped talking completely in the end, the last months we spoke to each other while eating but other than that we kept to ourselves even though we sat next to each other. When I finally got the courage to break up with her, she was gone only a few days later, leaving our expensive apartment to me. It was clear that she didn’t love me the way I thought she did. As I was the only one working in our relationship it felt like I was being used, used to take care of her. I never felt depressed or anything the like during our three years, I guess I have a strong psyche.

I had quite a lot of sleeping problems the last year in our relationship, it could take me hours to sleep but I thought it was just me being stressed or excited. After all this I sleep perfectly. While I thought I was not depressed I’m starting to realize I am the best when it comes to unconsciously tricking myself into feeling fine, just fine. Now however I am the happiest I have been in many years with wonderful friends who stuck by me, they are few but I love them all.