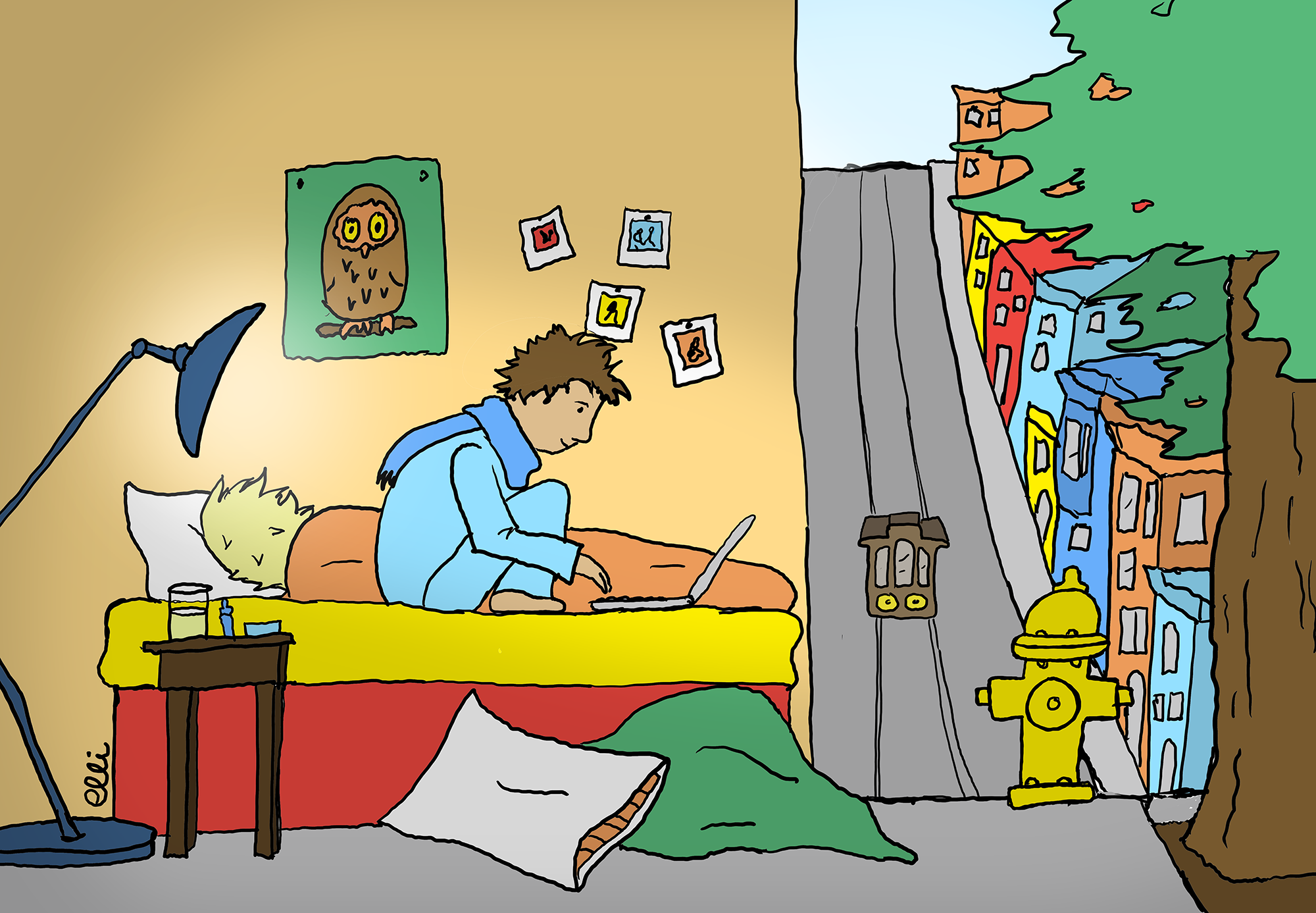 “Are you ok?” I asked the furiously coughing man in his mid twenties sitting next to me on the flight from Miami to Zürich. “No.” he promptly replied.

This is the only interaction I had with the person who (indirectly and involuntarily) changed the course of my life. But before I tell you about that, let me back up a bit.

My wife and I had just got married and decided to give Florida a shot. We had heard good things about the alligators, the personal trainers and the beautiful drive to Key West. And since my favorite guilty-pleasure is to listen to Will Smith rap about the city where the heat is on, the choice of honeymoon resort was a no-brainer. We had a great time in the sunshine state, but that’s of little relevance to this story. Let me fast-forward to where it gets interesting; the flight back home.

I want to say we were flying KLM. Then my memory of the sick man next to me being Dutch would be more plausible. But then why would we fly through Zürich? This makes no sense! Well… Just go with what I’m saying – it will get clearer. Since me and my wife are both Swedish, we’re not eager to talk to strangers. In this case though, I felt like I had to do something. The man was coughing like crazy, and it looked like he had a bad fever. I worked up the courage to say something to him. I was not ready to have a man die next to me!

“No”. The response was short and to the point.

The day after we returned safely back in Stockholm, I started feeling weird. My throat was numb and I was even more tired than the jetlag should have made me. Two days after our return I was in bed all day with a fever. Three days in I started coughing.

Two weeks with a heavy cough can turn any sane person crazy. Add severe jetlag, fever and insomnia and you start to understand the state I was in. I lost track of time. I wasn’t working during the day (the doctor told me to stay away from human contact) and at nights I was trying my best to sleep. When that didn’t happen I was doing what I usually do when I’m bored: I started programming. There is something very soothing about making pixels form beautiful patterns on a computer screen.

It was during a nightly coding session that I came across a job post on my favorite blog. The job was in San Francisco and looked too good to be true. A company that tried to make a difference in the world by providing people with tools to fundraise and run campaigns. Plus they had free lunch and dinner! I hadn’t thought about working anywhere else than Stockholm but I decided to give their coding challenge a shot. I wasn’t going to sleep anyway.

At 7 AM in the morning, I closed my laptop and once again tried to go to sleep. At 7:15 I realized I wasn’t going to sleep so I reopened my laptop, wrote the last bit of code and hit the send button on the email that I’d been crafting to apply for the job. At 8:30 I finally went to bed. For the first time in weeks, I slept like a child.

I woke up from the fact that it was dark again. Days in January in Sweden are short, and I had just wasted all daylight sleeping. I quickly opened my laptop and logged on to Google Analytics. Before I sent the application with a link to my coding challenge I had made sure to add a bit of tracking. I wanted to know if they were looking at what I had done. I knew that there was about 20-30 people at the company so when the visitors counter went up to 13 unique visitors my heart started beating faster. That same evening, I was asked if I wanted to interview with the company through an email from their VP of Engineering.

10 months later – after lawyers, grumpy embassy people, and much paperwork – I finally sat foot on the 21st floor of 88 Kearny Street, San Francisco. Speaking English all day made me exhausted, but I quickly found my place within the company and have not even once regretted that I gave it a chance.

To the Dutch man who gave me the worst cough of my life, I thank you.