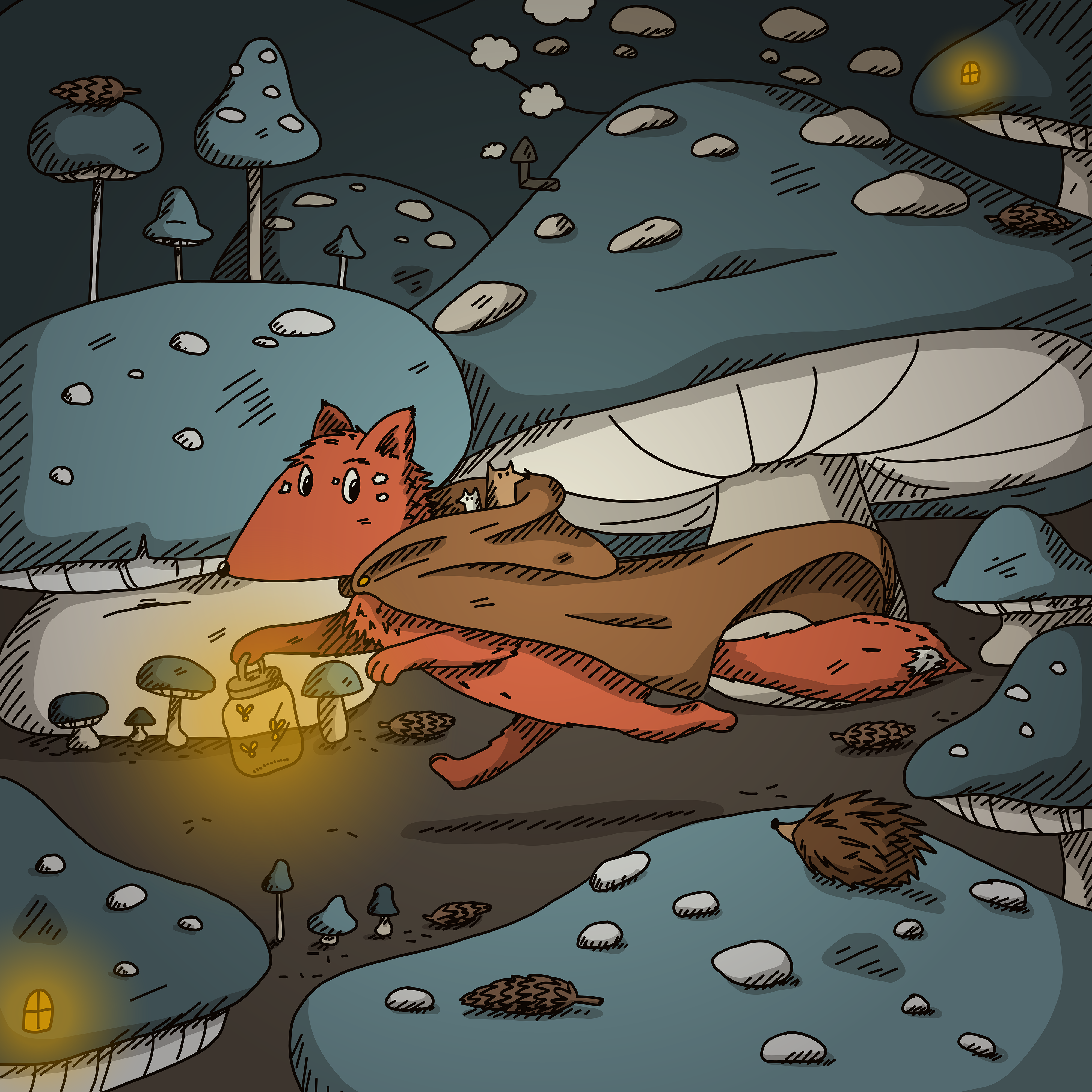 One dark autumn evening an orange fox with white spots around his eyes and a long orange tail with a white spot on his tail tip was on his way from a friend and he had to go through the dark dark forest. He went to the forest and looked in the dark dark woods. He was so scared that his knees were shaking. He slowly walked in the forest with his tears running down his cheek. It had started to rain and soon it started to thunder and lightning. He was now running, he had to come home now. He ran so fast that he tripped a few times. He fell and fell but he got up again, he got abrasions, but he didn’t care. He had run for what felt like an eternity. He looked up and at last he saw the end of the forest. He took all the power he had and ran out of the forest. At last he was out of the woods, now he’s going home to his fox family.