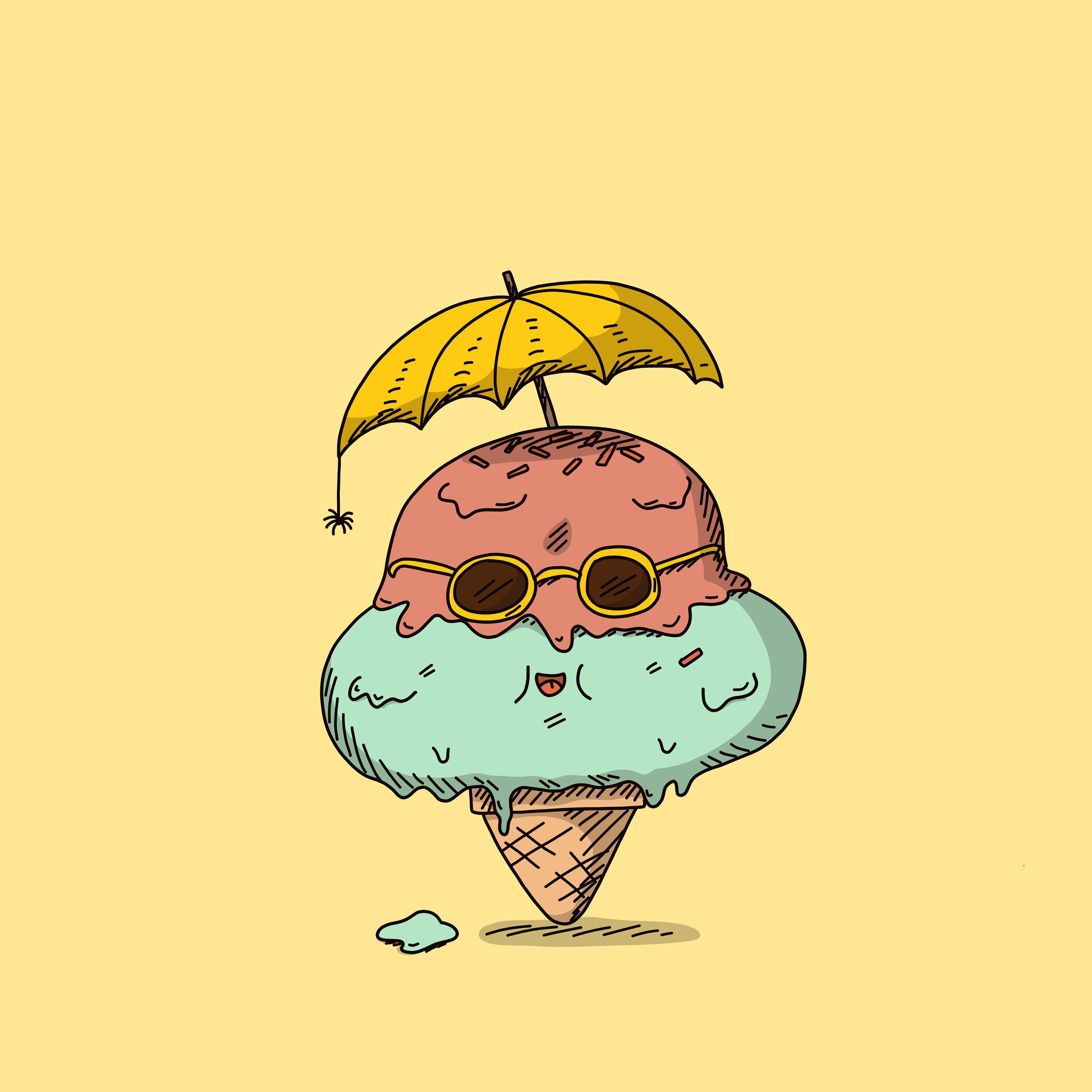 One sweltering summer day in Boston, an ice cream cone made an impromptu decision that would forever change her fate. Just as the employee was about to place her into the hand of a hungry 3-year-old boy, she thrust herself upward and out of the man’s grip.

“What the …? ” the employee said, scratching his head in confusion. “That ice cream cone just jumped right out of my hand!”

The ice cream cone, having some innate athletic ability, managed to complete a perfect tumblesault in the air and landed, unharmed, in the grass. She dusted some loose rainbow sprinkles off of her cone, and quickly ran off before the employee could scoop her back up.

“I’m free!” She thought happily. “I can do anything I want to! Maybe I’ll go to the zoo.” She took off running down the street, but stopped dead in her tracks when she realized she was starting to melt.

She quickly ducked under the cool shade of a tree and sat there for a while, thinking of what to do next.

“I refuse to melt!” She said emphatically. “I am an ice cream cone, yes, but I will not melt, no matter how hot the day may be.”