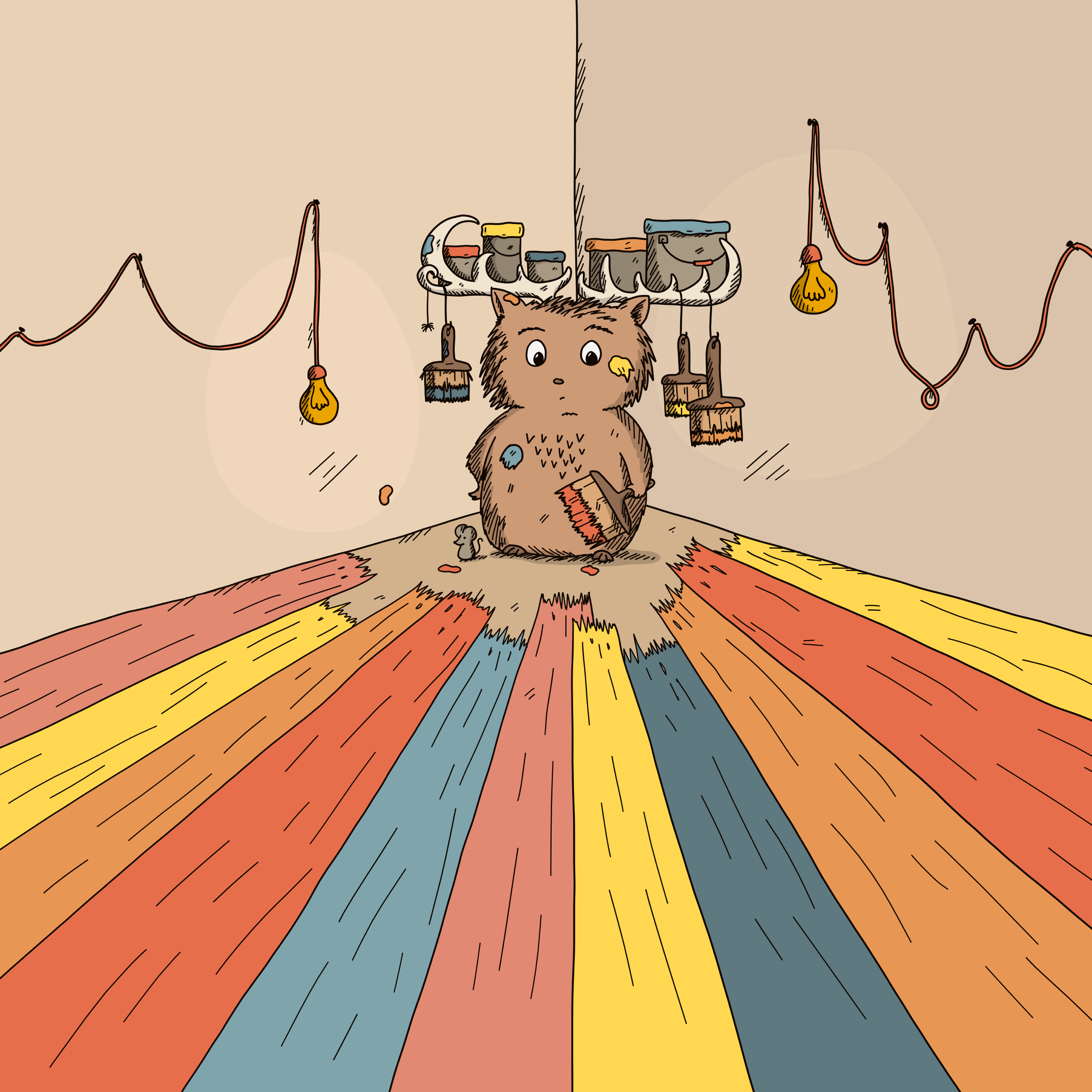 “I think I’ve painted myself into a corner” she said with a nervous smile, looking at the mess around her and at her friend standing by the door at the opposite end of the room. She contemplated her options. She could take a leap of faith, and hope that her friend would want, and be able to, catch her in midair on the other side. She could paint herself out of the room, retracing her steps backward, meticulously erasing every misstep. Or, she could give up, just droop down in the corner, shameful that she’d let her excitement outpace her common sense. Then, once the paint had dried, she could leave and no one, except for her friend standing by the door, would ever know. She counted backward, “Three… two… one…”, then took a deep breath and made her decision.