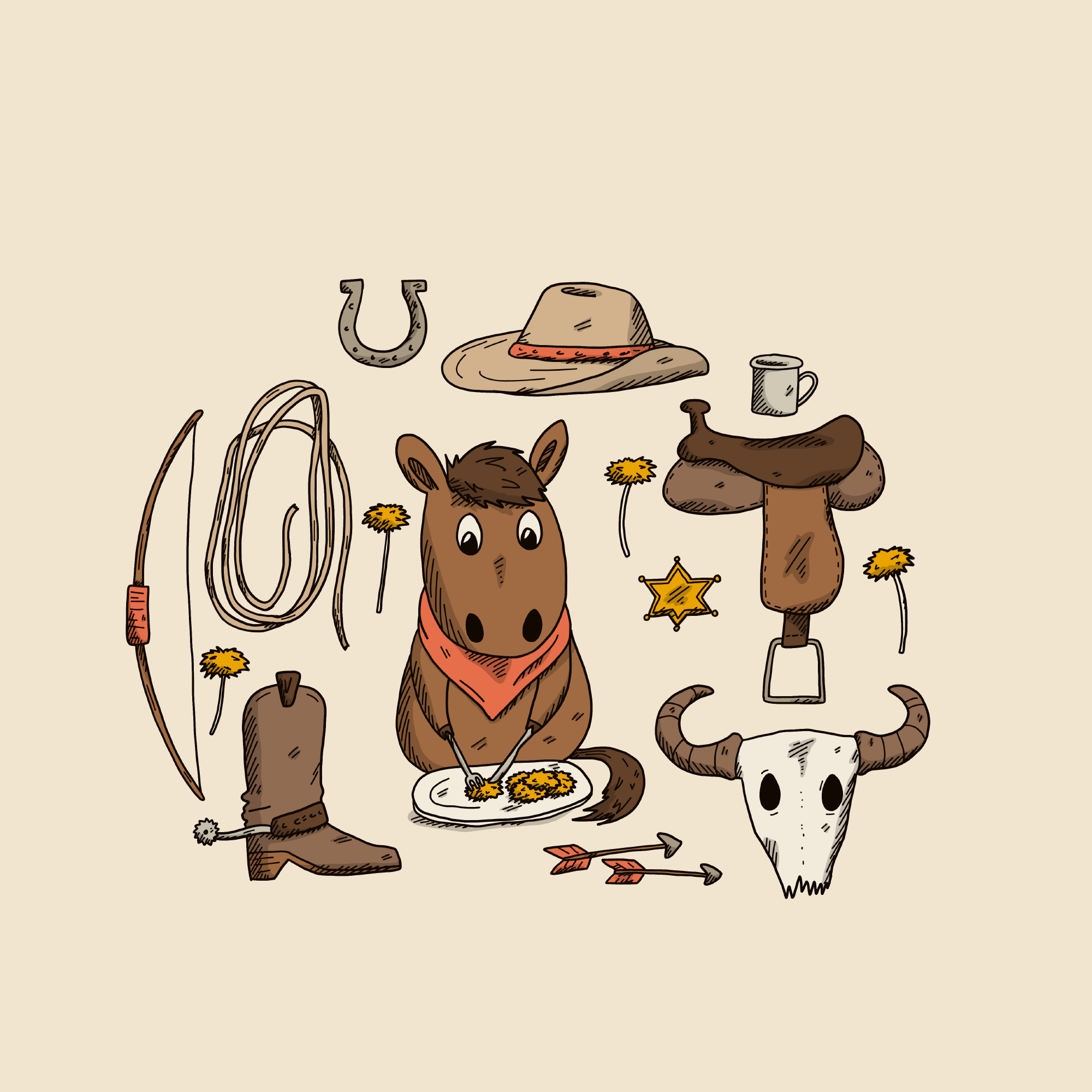 Once there was a retired Shetland pony called Morsel the Horsel (he was named after some little kids who often visited him.) When he was younger he was a riding pony for kids, he had keep all his riding gear as a memento. Sometimes, just for fun he would try on his gear. One day while he was wearing his saddle little kids came to visit they fed him dandelions through fence. As they left he neighed goodbye.