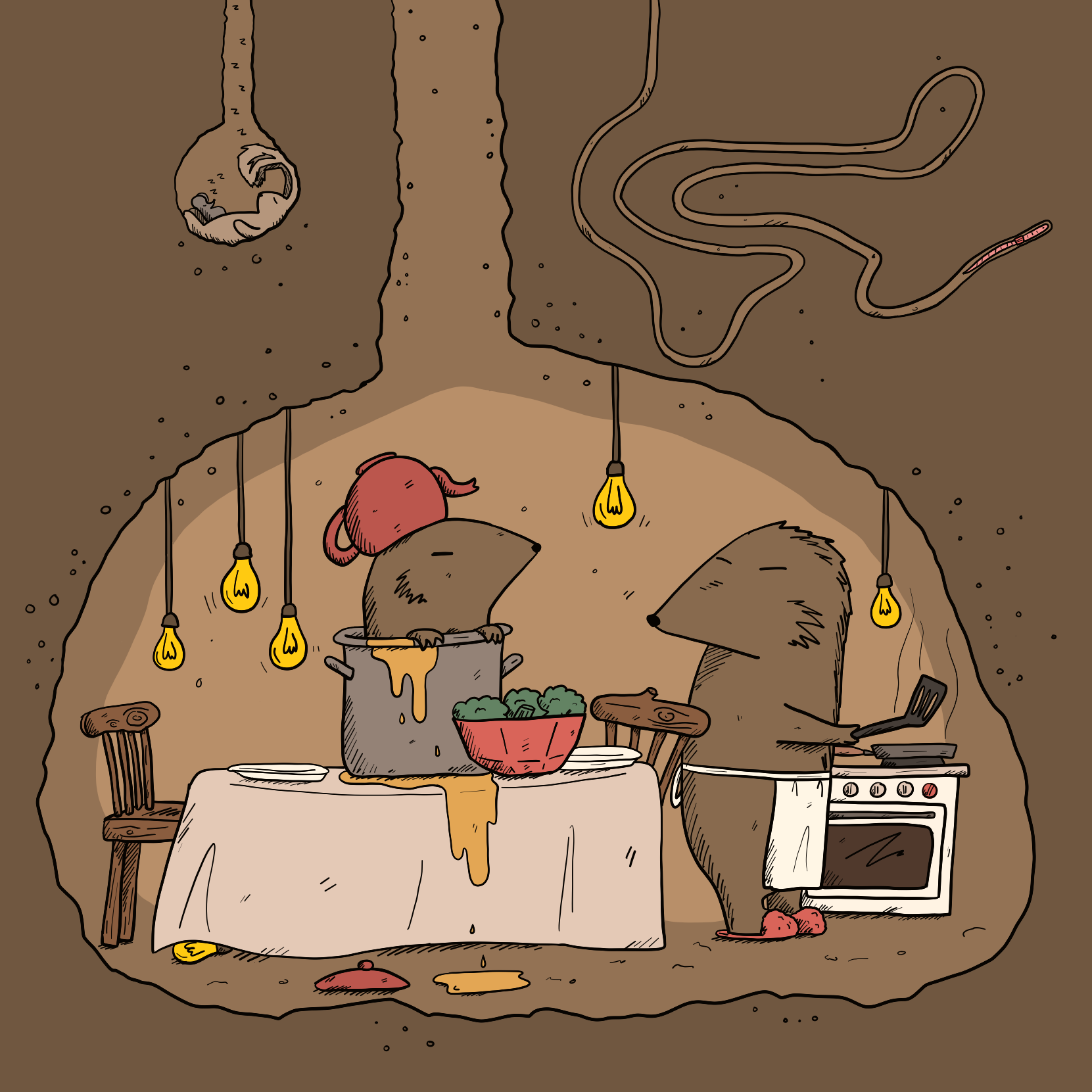 One rainy day, Otto found a rather delightful teapot in his rubbish dump. It had a turquoise glaze and was covered in tiny cherry blossoms. Delighted, he quickly dug down to his immense burrow, eager to show off his treasure. He burst through a wall, scaring his poor mother half to death, and ruining the vegetable stew that she had been making. Embarrassed, Otto apologized . . . in fact he was so embarrassed he forgot all about his wonderful teapot. He left it on the kitchen table, where his mother found it. She too was delighted by it, and thinking that Otto had been going to surprise her with it, immediately forgave him. And they lived happily ever after!