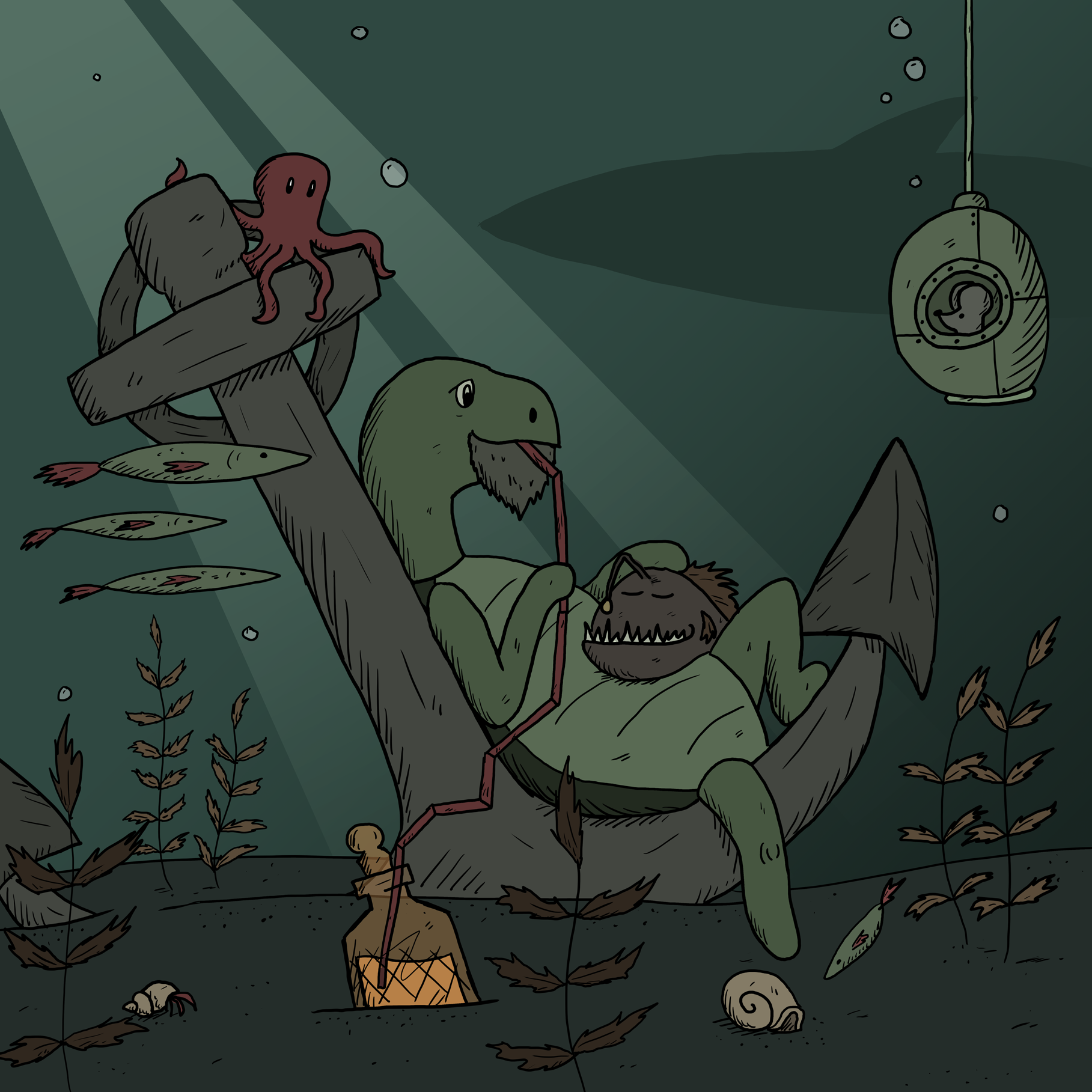 Max was getting old.
He had lived a good, long life – even by turtle standards. It had started the same way as all the other turtles he had known: crack out of the egg. Race to the sea. Swim for approximately one hundred and fifty years. Then retire.

He was even sure that he had done his part in keeping the species going over the years, even though he would never really know because turtle-dads never really meet their children. But he had the confidence of his good turtle-intuition that they were all alive out there and generally succeeding in their  sea-turtle adventures and in their sea-turtle lives.

All that remained was for Max the sea-turtle to settle back in his shell, smoke his pipe and float along the current while reflecting on his 150 years of life.

He’d met all kinds of beautiful fish in the brightest colours. He’d tasted every kind of underwater plant that was considered a delicacy in the turtle world.

He had watched in awed silence as collossal whales passed by above his head like ghostly Giants, their shadows causing a temporary night around him.

Some evenings, he swam up to the surface and stretched his neck so that he could watch a blazing sunset on the open blanket of sea around him. Then he would fill his shell with air and float on his back and watch the moon and the stars for a while before swimming back down to his bed.

Yes. He was old now, but he was happy. All that he needed to do was figure out how to pour whiskey into his glass without it floating all over the place, and he would be pretty much complete.