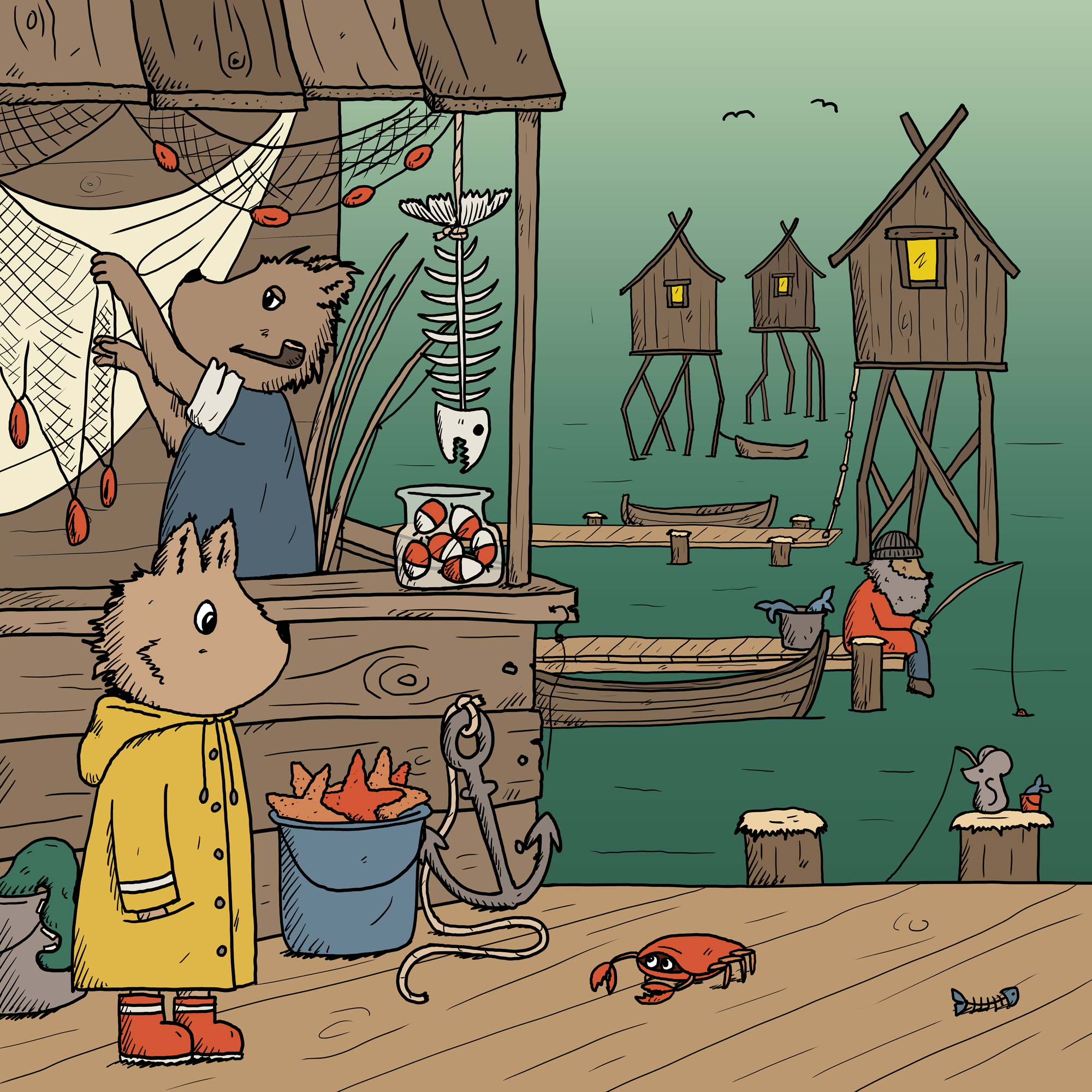 To be different in the town of Redistuo was to be an outsider, abolished from any place inside the shared opinion of the people and declared unworthy to belong. John was such a shunned man, though his name be plain enough and ambition to contradict small. It was the idea of what he wanted to do that cast him out toward the fraying parts of Redistuo, to a hill billowing above jagged hemlock and pine.

For years, John was one of them, eating their chestnut soup and drinking their mulled wine. He laughed when something was said to be funny and cried when told to be sad. But with every smile or mendacious tear, a part of John disappeared to a place long forbidden, until so much of him existed there it would be impossible to return again. Here he learned to breathe in and out the air of the unknown, as if this was the only way to survive. And maybe it was.

“What do you want?” Five sets of spectacled eyes had asked, squinting behind glares of glass while John fidgeted in a sun-dipped stool, a half-child of shadow and light sitting beneath the largest window of Redistuo Town Hall. Even in his yet-rooted mind he knew they inquired not because they cared but because they needed to gauge how much of a danger he might turn out to be.

John didn’t dare visit the flat, pineless town of Redistuo until three years later, on the eleventh hour of the twentieth day in March, which presented itself as clearer and warmer than most. Never mind that it was the last day in winter or that a certain almost-spring sharpness had settled on the land; Redistuo was alive with Friday shoppers and John needed a net.

He walked along a long and narrow stretch of cobblestone named Vintner Alley, staying close to the shade of awninged storefronts and readjusting the hood around his head to remain undetectably alone.

The funny thing about being alone in Redistuo is that people never truly were. There was always someone baking Redistuo breads in a traditional, Redistuo-style oven nearby or a neighbor practicing her Redistuo trumpet to the tune of Redistuo Rhapsody in D minor at a house across the lane.

John, on his distant hill, was in every sense of what it could mean, alone. Strange then that he should find himself entrenched in the frenetic flitters of those he once knew and feel more un-alone than ever.

His name was Hector, just that hard-sounding and bold, and he stood on a ledge spitting something or other onto the sandy banks of the Redistuo River, which rambled easily by this certain section of Vintner Alley that John was passing at the present time.

Of course the declaration came from Hector. With a man so bleak, pleasantries were vestigial organs of speech. He saw no need for anything but the point.

Hector was tall and burly as you’d expect, covered in coarse, dark hair on every part of him, including the tops of his fingers and the insides of his ears. He was a creature of midnight whiskeys and fat cigars, seldom seen in daylight hours except to occasionally hurl wads of saliva across the riverbank and to watch for outsiders like John, unwelcome visitors who exercised their penchant for perambulation upon the streets of Redistuo with a mind that they should.

There was nothing, when confronted with such complete Hector-ness, for John to do but keep walking across the cobblestones of Vintner Alley to Jacarma Road, which appeared at the next corner and would bring him to the fisherman’s shop.

The owner of the fisherman’s shop was called Mr. Penturian and he ran his store by the principles of order and education. Live bait were separated in large bins by size and usefulness. Fishing poles were lined, one inch apart, against the back wall, wrapped at each grip by a handwritten note describing any peculiarities, advantages or downfalls of that particular model. It is said the five spectacled men who made decisions in Redistuo could never send Mr. Penturian to the hills, though his temperament was saucy and loose, because no one else would know as much about the sport of fishing or its required instruments, and fishing was taught to be a favorite activity for those who were allowed to remain. Some other hobby might have been declared best so Mr. Penturian could disappear, but if the five spectacled men were anything, they were lazy creatures of how it’s always been.

“Have you come for your net?” Mr. Penturian asked John with a confidence that said he knew. Today Mr. Penturian looked elegantly disheveled, a grey fishing vest ill-fitting and slack across his broad but arching shoulders, as if the vest was meditating whether it should settle down or else rise to the occasion and float to warmer seas.

“If you still have it,” John replied.

Mr Penturian said without a doubt that he did, free of cost for the bravest John to leave this Goby fish excuse for a town. “I’d have left years ago if business wasn’t so good.”

A wink or two from Mr. Penturian followed the exchange of a net promised to be sturdy enough to catch even the most experienced man who might attempt to fly.

John left the shop with a wordless wave goodbye, slipping past Hector at guard by the sandy crust of the Redistuo River. Yes, Hector would follow him to the hill but what difference would it really make?

In John’s mind, everything was already mapped out, how his lungs would fill with courage as he climbed to the top, how his legs would gain strength from each upward step, how the town of Redistuo would appear, unimportant and powerless, from John’s grassy crest. He was, on his almighty hill, a crowned prince of pines at the precipice of lasting glory. From this height, those in Redistuo would be but a spectacle of the waning winter day. From this height, Hector’s eyes, gleaming red in the dissolving dawn, would warn of useless threats he could no longer defend.

The sky was deepening to an electric blush, the sun a sputtering band of dark gold on the horizon. John stood against the worthy backdrop, Mr. Penturian’s net already sprawled across a piece of flat land below, and without hesitation or regret, jumped into the airy unknown of all he knew, to a place where he could fly.