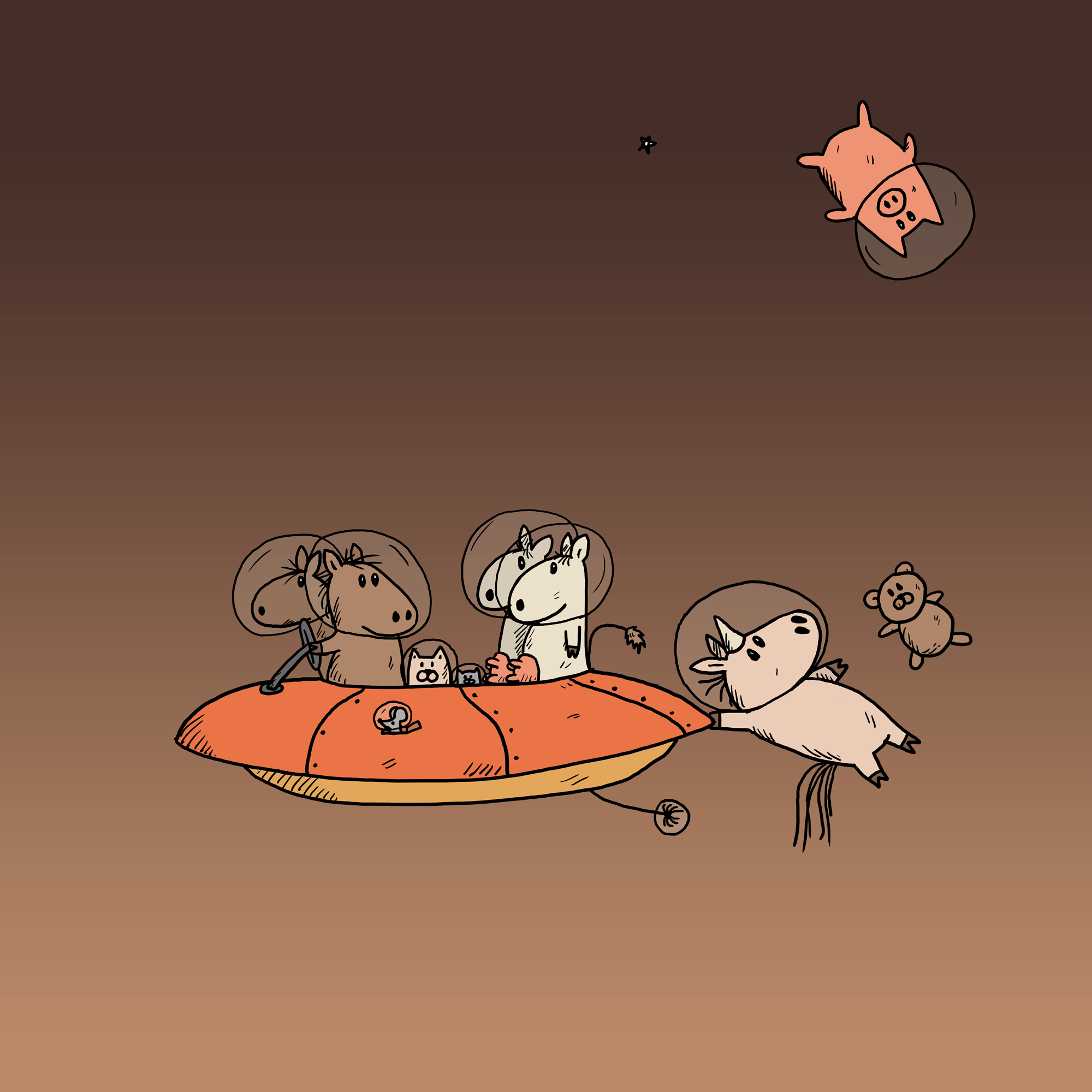 This is a special one where there are several stories in one picture. All stories written by 12 year olds in Västerås.

A little girl called Jenifer is 7 years old. With  blonde long hair, in her right hand she have brown teddy-bear and in hear left hand she have coupled lemel called Bertil. They are walking down the street, they have gone astray, so they can’t find home. She walk and walk around in circles. After a time she saw  her yellow house behind her. When she come in she meet her mother. The mother is happy. And Jenifers pink dress is dirty, Bertils fur is dirty not yellow as before.

A long time ago a unicorn with a big butt ate a cake with chocolate mousse. She named Ingrid and was four years old. It was her birthday and she would have a party. Ingrid called her friends and did tell them they could come to her birthday party. Ingrids BBF Katy (it’s a cat) came the night and gave the unicorn a gift. The gift had pink paper around it with a green bow. Ingrid tore up the present and found a little kitten.

A long long time ago there was a pig called Big fat piggy.
Big fat piggy loves hamburger many times a day he goes to McDonalds, Frasses and Pans!…
One day he met a very fat unicorn with a really big butt, she loves to wiggle with butt.
After two days big fat piggy asked the unicorn: WILL YOU MARRY ME!!

It was once a little child. He´s name was Alex. One day when Alex played in the forest one little lady came by too say hello. Alex said hello and the lady and Alex become very good friends. another day when Alex played in the forest again the old lady came bay too say hello and Alex said hello. That time the old lady took Alex to his home. Alex was scared but it turned out that it was Alex grandmother and  Alex parents came by and say hello when Alex stayed with his grandmother.
The End

Tihis was two horses who drive a car. This was a big horse who sit in a little car and a small horse drive in a big car. they drive in a tree. Crash! They die!
The next day come a bear and saw the horses and the horses show theys ass.
And the bear say yuk! The horses was spoke. They love a boy who was a cow hes name was Going. The horses going on and fights.