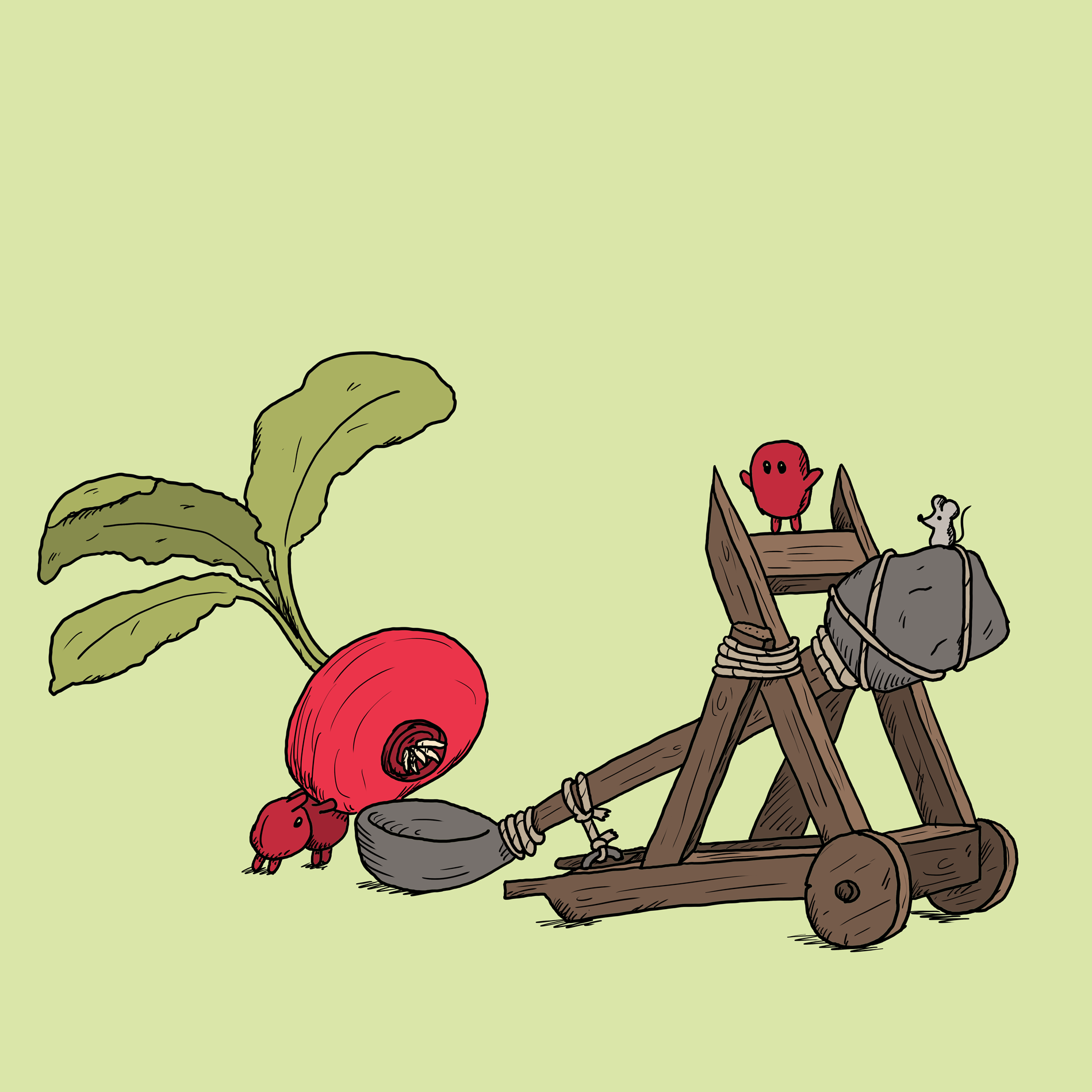 A boy named Andy went out to play in winter. He played and sweated, so he took off his clothes. Without notice, some flu germs sneaked in his nose. Andy sneezed and his body warriors started to drive the germs out. But the germs were many and they went into Andy’s blood vein. A fierce war began. A guard cell first woke up, blowed his horn, and called many white blood cells to gather. The white blood cells marched to the warring field and crossed fire with flu germs. Our great commander Andy, saw his temperature going up, knew the war began and asked for help, he brought many weapons to recue.

Myriads of red blood cells, cute as they are, ran through the blood veins to the front. They carried with them the most powerful weapons and gave them to the white bloodcell warriors, see what they are!

They carried warm water for white soldiers to drown the germs.

They carried medicine for soldiers to use as bombs. Boooom.

They carried food, vegetables, fruits, and they are all marvelous weapons!

The warrior turned off the light so they could fight in dark, thus Andy had a good sleep while they fought.

They fought for one day, two days, three days and on the seventh day, the war ended! Andy felt great again, and he drank a large bottle of warm water to wash the corpses away. Hail to Andy the great commander!