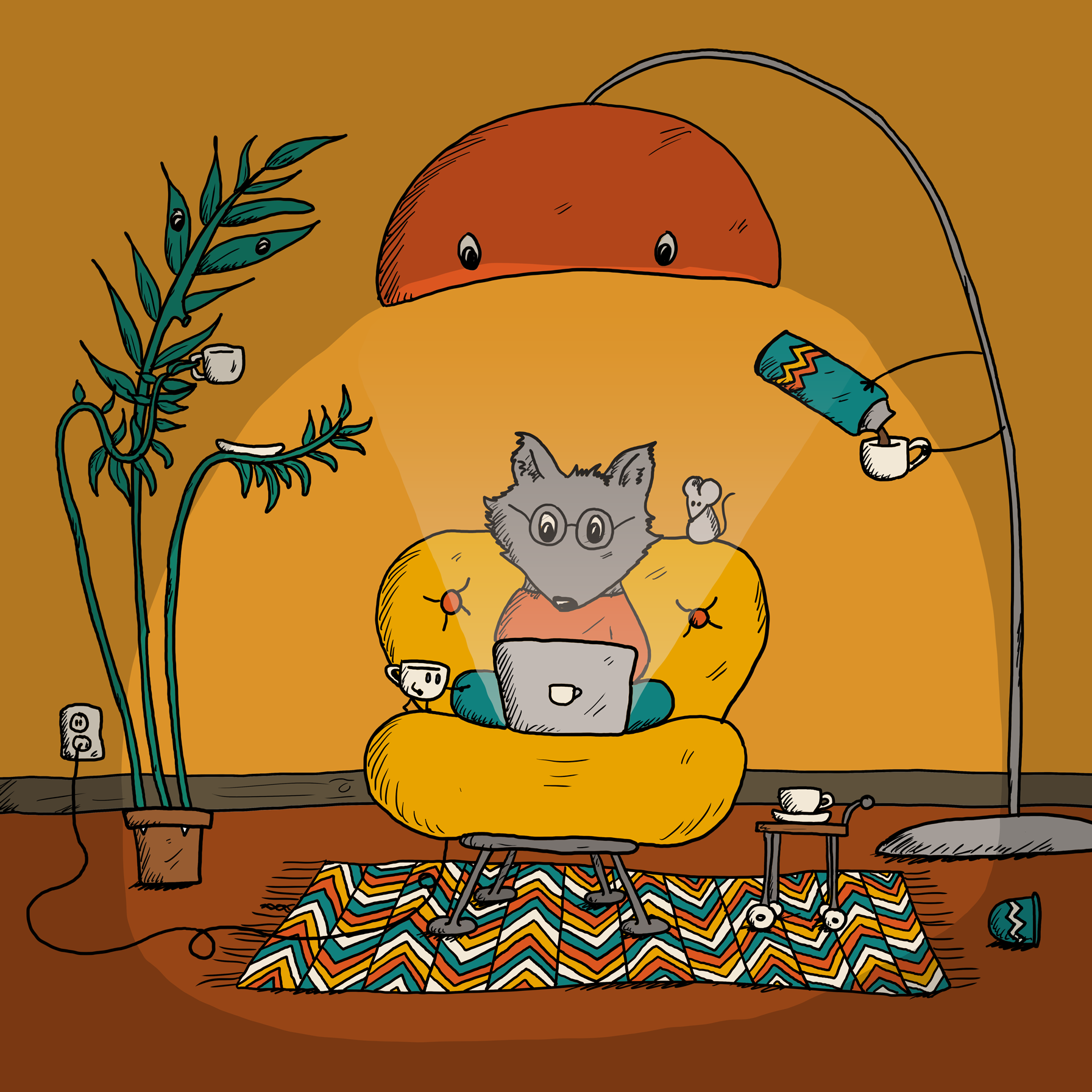 Once, In a town that does not matter, in a city that does not matter, in a state in a world that does not matter, there was a man with a blog. He never left his house and he never had to. His home had enough strange things happening in it to fuel a blog for years. One time, A black tentacle with no light on it covered his face for a month, but to him it was a year. Once his mattress went on vacation, only to come back at the end of the weekend. Once he fell in love. once his coffe grew hair and eyeballs. He reported all of these things from his chair in his room, lit only by the white and black text emited from his computer screen, to whoever would be willing to listen to it. He lived alone, and for some reason, food still apeared in his house. same with electricity to power his computer and air. He never saw anyone. Or anything. Except for the two houses visible outside his window.  He could remember them perfectly. Just two houses, sitting there. He had no clue how they or he or anything got there, and had no memories of being a child or growing up or ever seeing a human but himself in the mirrors.