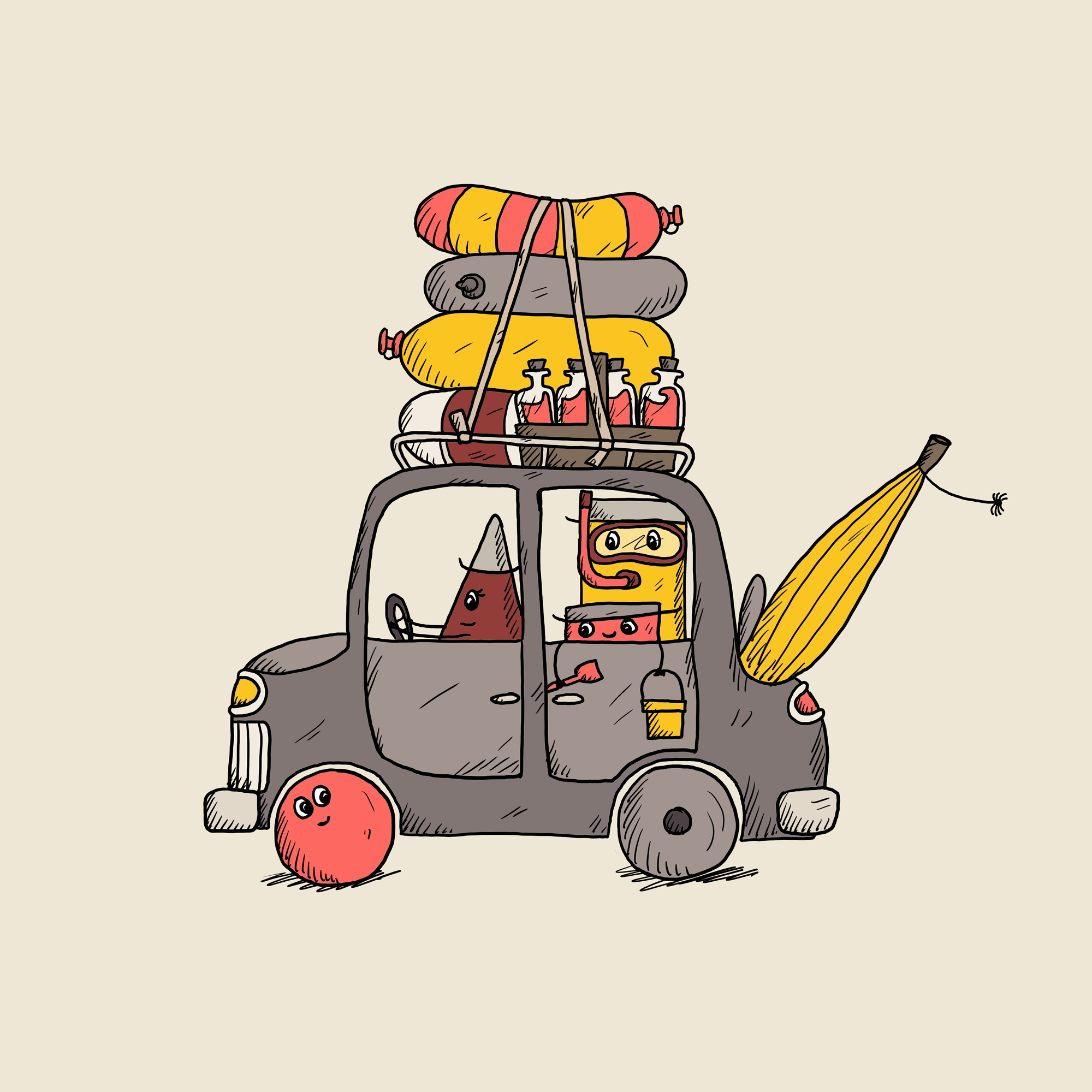 Circle opened the window one beautiful morning, and rolled over yawning loudly.
Outside he spotted his two best friends Rhombus and Trapeze who were already playing in the backyard.

“I’m going out!” he said to his Triangle mom, who had just made the most appetizing breakfast for him and his little brother – Square.

As he joined his friends, Rhombus was climbing to the top of Trapeze’s flattened head and sliding down his wide thighs.

“Circle! It is great that you are finally here!” trapeze seemed pleased for he was a bit bored with the game.

Trapeze sighed but tipped over his head and helped his friends climb on top of him. So they swung up-and-down for a while and Circle regretted the great breakfast he had eaten.

“How would you like to build a tower?!” suggested Trapeze tiredly.

“I’ll be the first!” Circle called quickly, and stood at the center of the playground.

Trapeze leaped over Circle:” don’t move!” he shouted:” or I will fall down!”

Circle blew out all the air he inhaled at once.

“I am not moving!” he screamed, trying unsuccessfully to maintain balance.

“Yes, you are!” Trapeze whined as he hit the ground.

He stood up and rubbed his knees.

Circle watched his friends as they built a tall and stable tower.

“It’s your turn now” cried Rhombus from the top.

Circle jumped in one place just to get used to the height, and then hopped… He didn’t even manage to think:” I’m falling…” and he was already bumped on to the pavement.

“Are you all right?” Trapeze asked with deep concern as Circle pulled his tears back into his throat.

“Lets play ball?!” suggested Rhombus and squinted at Circle who seemed a little unhappy with the idea.

“The pavement is too solid and the yard is filled with thorns” he tried to argue:

“And besides, why do I always have to be the ball?”

“That’s the way it is” said Rhombus pulling his shoulders and passed circle to Trapeze who dribbled and gored Circle with his sharp forehead.

As Circle stepped home Triangle -mom asked:” did you play ball again?” but he said nothing and Triangle-mom just bandaged the scratch.

And so, very sad and bandaged, Circle lay in his bed heavily, and started to think painful pointy thoughts.

“I am so different” he thought:

“I don’t have sides at all, I am round and I have no corners. I don’t resemble anybody I know, surly not dad”…

In his mind he could see his Rectangle-dad in his upright posture and his confident walk.

“Are you asleep?” she asked and Circle mumbled:” only just a bit…” Then he stretched for a good-night kiss.

“What would you say about a trip tomorrow?” she asked and kissed his bruised cheek.

“Circle! We are waiting for you!” he heard rectangle-dad’s voice calling him, the chairs squeak cheerfully and the forks rattle.

“We are going on a trip today!” he remembered and jumped out of bed.

“Where are we going?” he asked as he squeezed some scrambled egg to his mouth.

“To wherever we would like to go, and back” answered Triangle-mom.

The family car was fully-loaded with all the equipment they could pile up on it, and they didn’t forget their hats either.

But very soon Rectangle-dad found out that one of the wheel-tires was flat.

“We can’t go anywhere today” Triangle-mom said as she pointed at the flat wheel, while Square’s small face wrinkled with disappointment.

But Circle had had an idea. He closed his eyes and counted to three. Then he suggested:” what if I replaced the flat wheel?!”

And so they were on their way…

They stopped when they arrived at the beach.
Triangle-mom stretched a big blanket on the white warm sand, and Circle leaned on his back next to her watching the clouds changing their shapes.
A big black cloud descended for a rest just over the family’s heads.
The shore suddenly seemed very dark and the air became colder.

“What if I climbed up that black cloud and replace the sun for a short while?”

“That is a great idea, son…!” Triangle-mom smiled at him:

“Just be careful up there, so you don’t fall!”

Little Square’s eyes twinkled with joy and pride: He hugged Circle warmly: “you are the best Circle-brother in the whole world!”

Circle felt a strange sense of warmth flowing through his rounded body even before he started climbing the cloud, to replace the sun.

Circle climbed up the cloud and watched his family from above:
Rectangle-dad was swimming, Triangle-mom was tanning and little Square brother was building a castle in the sand and decorating it with shells.

“This is wonderful” Circle thought to himself and softly fell asleep…

As he woke up the sky was colored in orange, and his feet gently touched the water.

Very carefully he got off of the cloud.