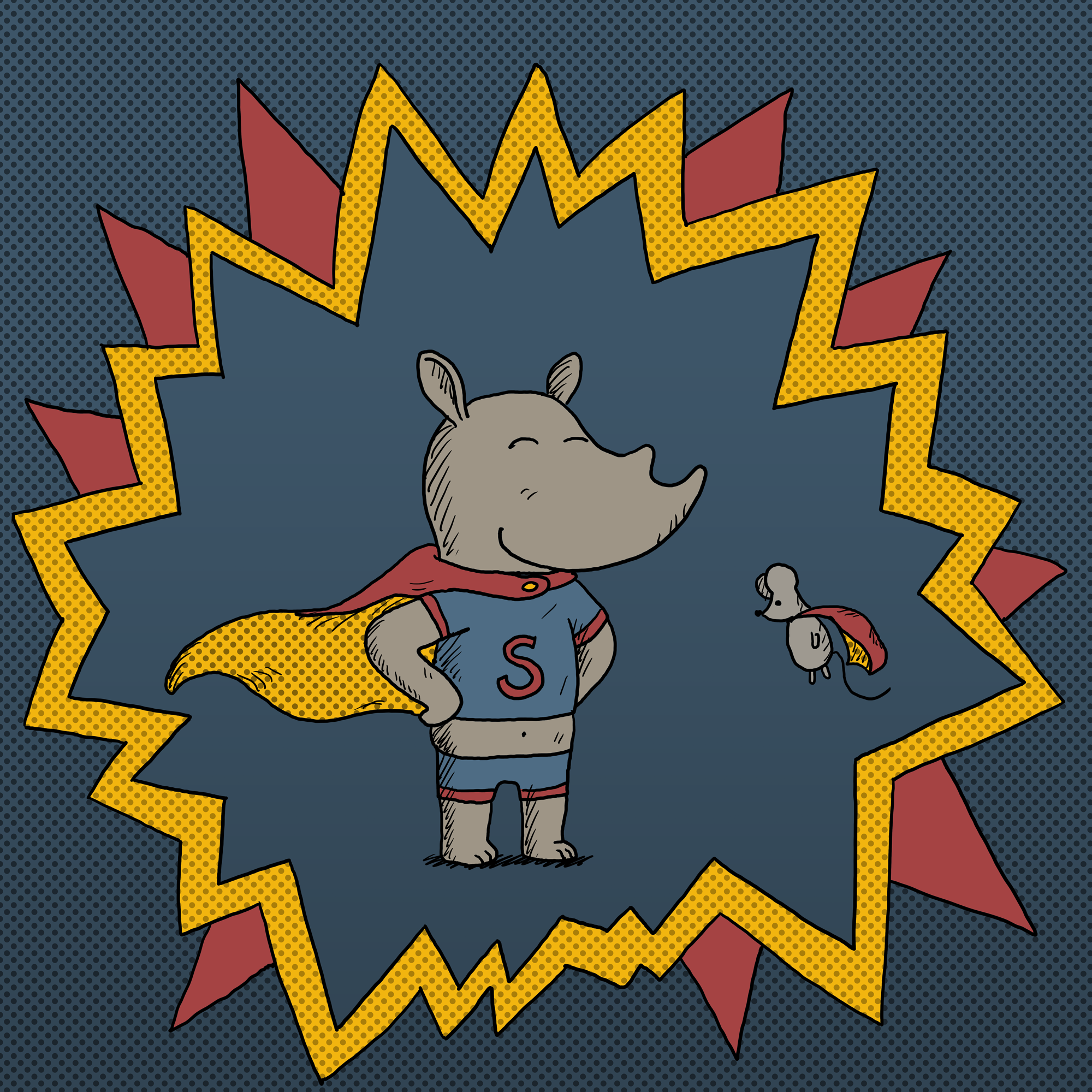 a grandmother is taking care of her grandson. His mom is in the hospital giving birth to another baby. A package arrives, and it is a superhero outfit from his aunt. He tries it on but it’s a little bit too small. But he loves it. His grandmother tells him he should change it, that they should return it because it’s too small. But he refuses to take it off. She says it’s too small, but he says it’s ok!