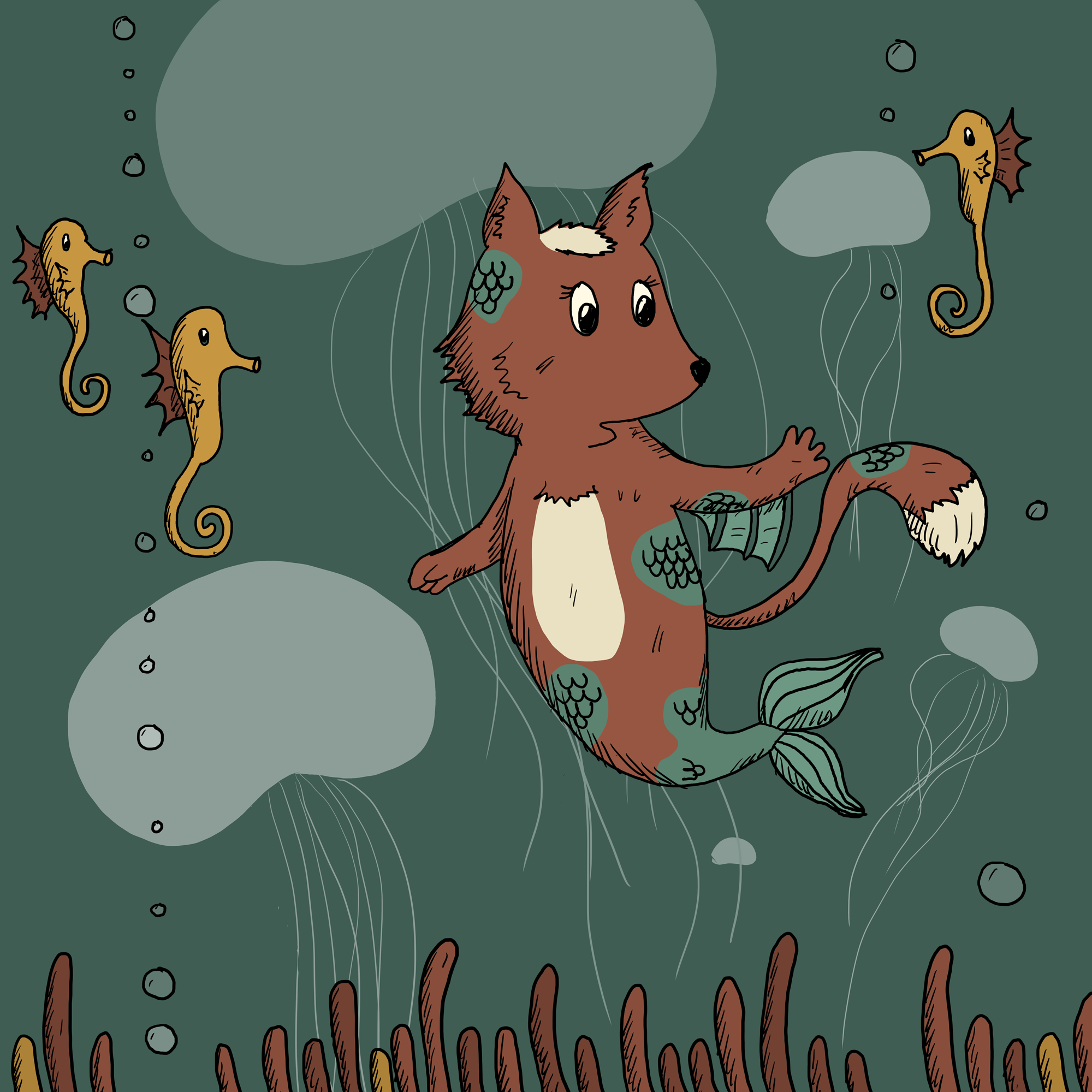 In deep water a girl was sitting, almost by herself, not daring to open her mouth, for fear of  swallowing water. Still she was trying to communicate with a few passing seahorses. Long minutes went by with her in this kind of discomfort, since the body language was seem not to be understood by the seahorses. And all that time she did not notice that she was not at all threatened by danger of choking, due to the gills that opened wide on her cheeks. A sudden grasping let an uncontrolled scream, swallowed  as a dim distant echo, immediately making the girl notice of her ability of underwater breathing.