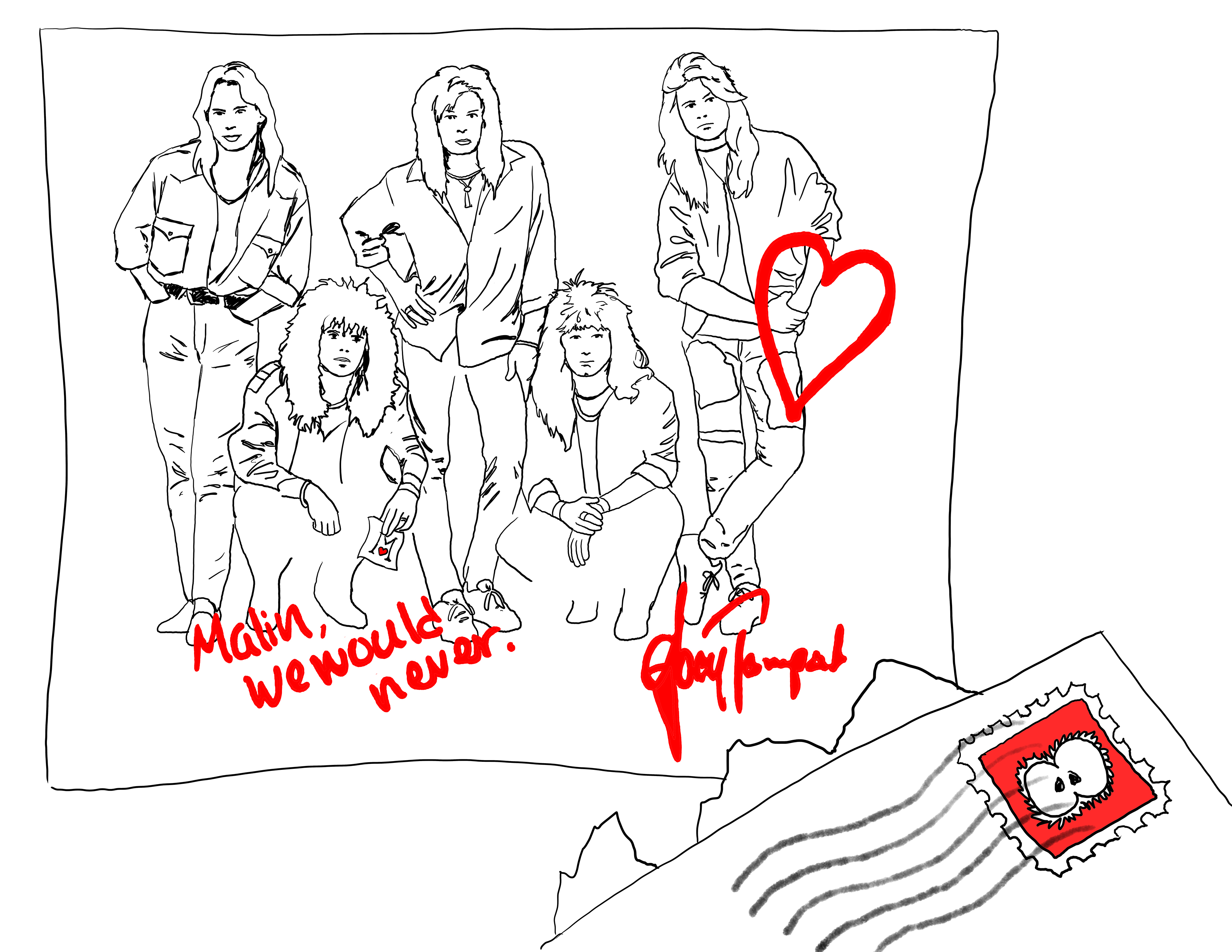 Story #2 – The story of my one and only fan letter

When I was a kid I was very shy and didn’t have many friends. For a while in second grade I had two friends in school, Maria and Karin. For some reason our teachers kept telling us that girls could not play together three at the time, and so that became a truth for the three of us. Unfortunately it meant that I ended up the “spare friend”. I was only asked to come over after school if one of the other girls were sick or had other plans. Not the best confidence booster for a lonely kid.

Anyway, I remember one afternoon when I got to feel like one of the cool kids. For some reason the girls decided to prove the teacher wrong and asked me to join them after school. So there I was hanging out in Marias kitchen, eating what she and Karin claimed to be their very own invention, Daim meringue cake. It was nothing but sugar and whipped cream and we had made it all by our selfs. That is we whipped the cream, smashed the chocolate bar and assembled the premade meringue cake parts. I was high on sugar and the thought that my parents would never have let me eat something like this for an after school snack.

I’m not sure how we then came to learn the devastating news. This was way before the internet so I guess we must have found a newspaper laying around. You’ll understand how long ago when I tell you that the sad news we found out was that the band Europe had, or possibly were going to brake up.

At this time I owned two cassette tapes, well I shared them with my little sister, and one of them was Europe’s The final countdown. Joey Tempest was my idol and I “knew” all of the lyrics to every song. I say “knew” because while I could most certainly sing along I had no idea what the lyrics meant (it was only a couple of years later we started learning English in school).

I’m sure it wasn’t my idea. In fact I’m pretty sure it was Maria’s idea, simply because in the unspoken but very real pecking order of our school, she was simply the coolest out of the three of us. Soon we were clearing the table of sugary afternoon snacks and getting out colorful pens, paper and scissors. We were convinced that if we wrote a convincing enough letter the band would not split up. In fact, maybe if we played our cards right, they would end up thanking us for keeping them together. Maybe we would get to go to a concert!

I have no idea what we put in that letter, but I remember it seemed important to cut out the news article and attach it to the letter. And I remember the struggle to find an address to send our life or death letter to. After searching the phone book for Joey Tempest address, we had to settle for sending the letter to the newspapers offices. We made sure to put in very large and colorful words on the envelope that it was of the utmost importance that the letter was forwarded to the band.

We walked together to the nearest mail box and with very serious looks and each an hand on the letter dropped it of. I walked home feeling like I had been a part of something very significant and possibly the making of history.