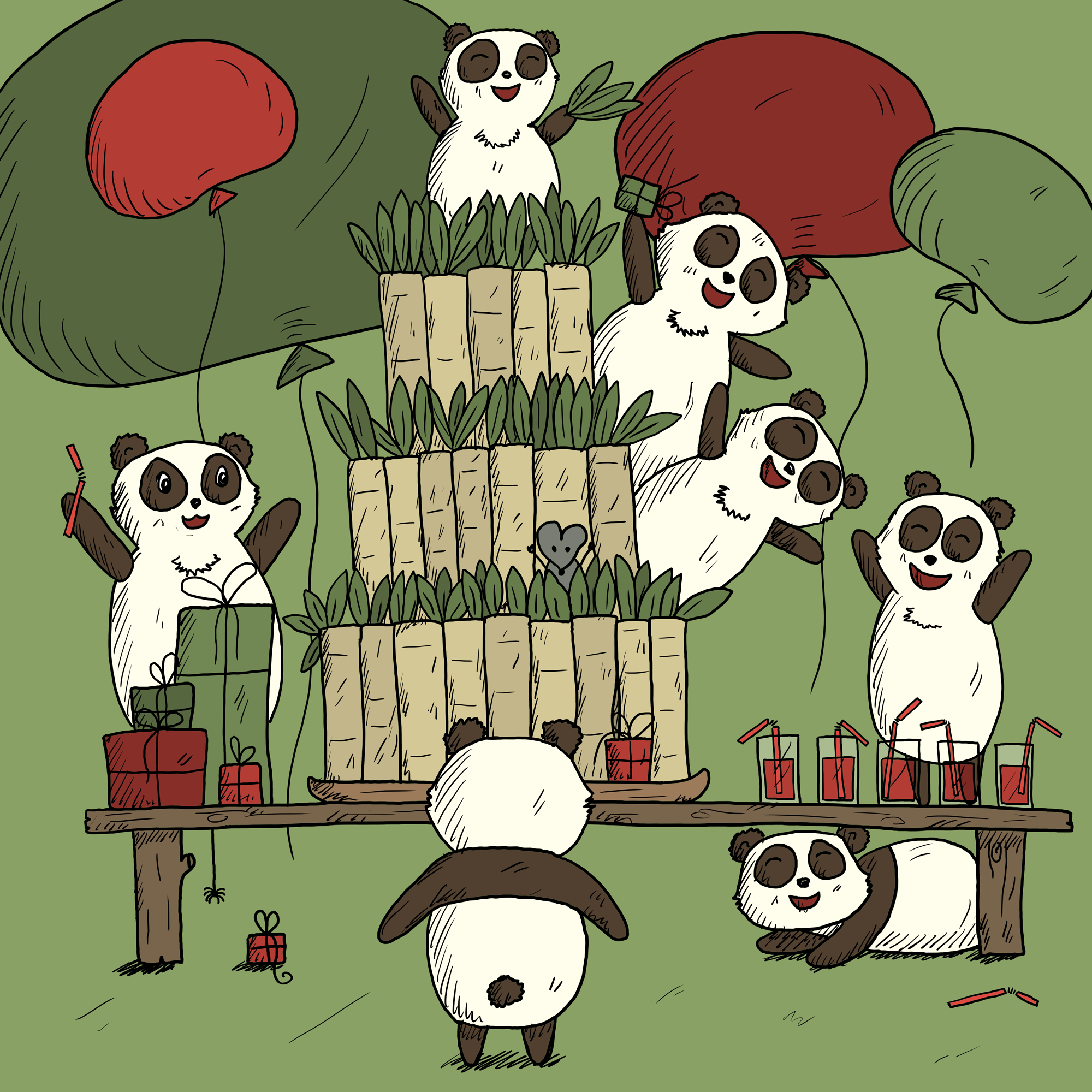 Story #199 – The Party Perils of Perry the Panda

A party for all, a birthday for one. Poor Perry the panda did not have much fun. A Facebook invite to all of his friends, to take place outside to play games with no end.

He put all the lantern balloons in their place and set down the drink cups, the forks and the plates. But after his planning and scheming was done, it seemed that no one even bothered to come.

“Of course it’s uncool to show up on time. Perhaps they’re in traffic or trapped in a mine!” “They should be here soon!” said the cheery eyed lad. But two hours of waiting made this panda real sad.

And with disappointment, no more full with hope. Toward his apartment our poor Perry moped. He walked the trip home, with a tear in his eye. He opened his door and was met with SURPRISE!!

His roommates, his father, his mother and friends popped up out of hiding with very large grins. With presents and flowers, some real and some fake, streamers and ice cream and a big bamboo cake.

Excited and happy our Perry was stunned. He couldn’t imagine a party more fun. Though having a blast he just had to know, why to his planned party his friends did not go.

Confused by his story, their ears they did lend. He told of his party that lacked all his friends. He thought of the invite, but before he could end, it seemed our friend Perry forgot to click “Send”.

Perry the panda and pals partied late. They drank all the punch and finished the cake. A birthday success that started out sad. Now known as the best birthday he ever had.