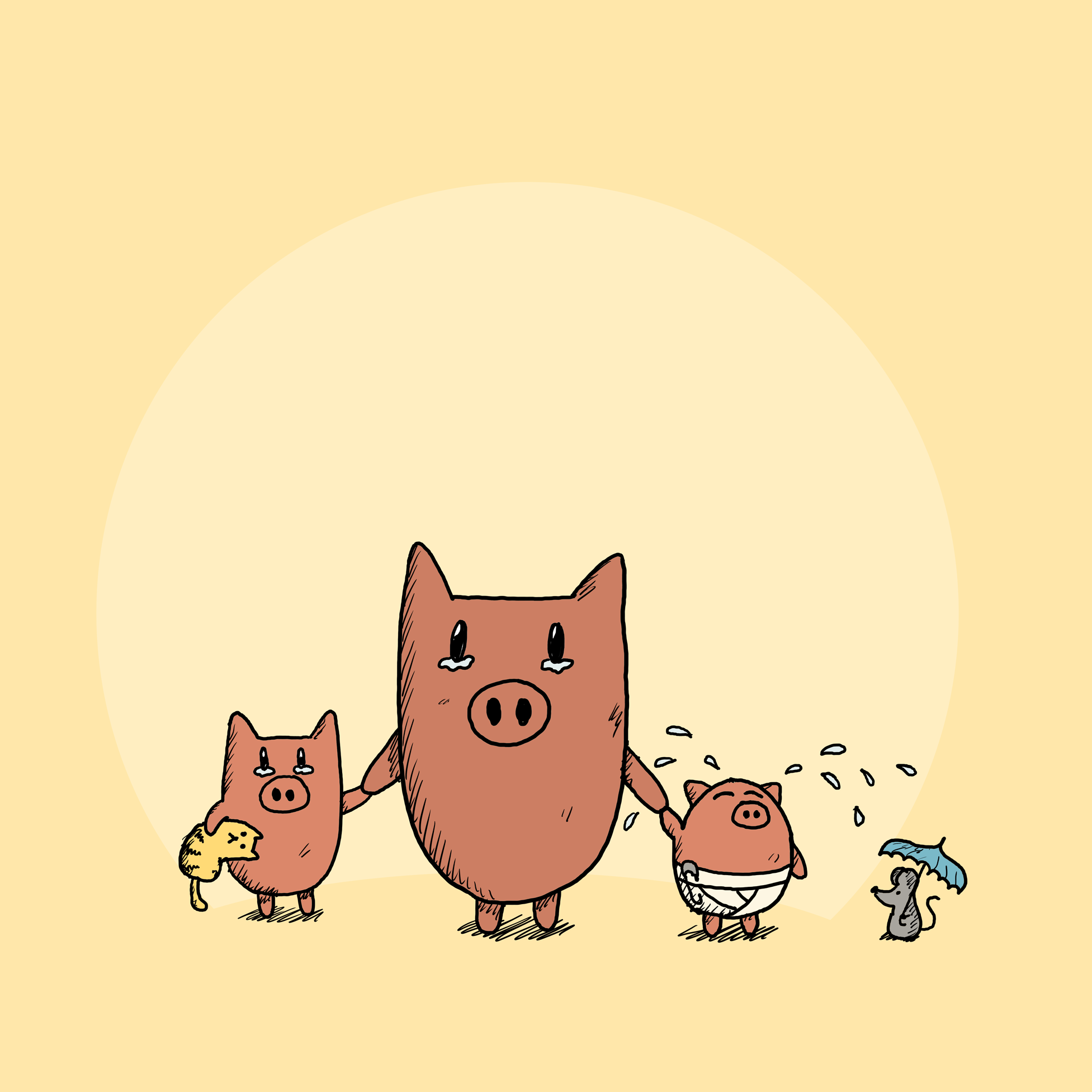 I have two little boys who miss their Daddy. Luke has been in San Francisco for work for one week, and both our boys have little broken hearts. It is the saddest thing you ever did see. As soon as we got home from the airport after dropping him off I worked out how many hours it would be till he was home again. I texted it to Luke and he texted me back to say his flight hadn’t even left yet (his flight was delayed)! Cue stomach drop. Yikes. But this story isn’t about me, it’s about his sad little sons.

Eli knew something wasn’t right straight away. The first night Luke was away he woke up heaps more times than usual, and that combined with a wake up call of 4:45am made for a pretty sad Mummy. I cried that morning. I begged God to miraculously teleport Luke home, but he didn’t, and we continued on with our (very early) day.

Eli, since then, has been as clingy as he ever has been. And whiny too. It’s one thing to have a clingy baby, but it’s another thing entirely if he won’t be put down AND he just cries in your ear. He doesn’t really want ME, but I’m the best he’s got. I tell you what, I have never been in this position in my parenting life before (I am always the wanted one!!), and it’s not very nice. It’s frustrating, and I’m sure frustrating for him as well.

You see, Eli wakes up at 4:45am every morning. And every morning by 4:50am Luke is dressed and driving down the driveway with Eli in the car with him. They spend just over two hours together and come back home at 7:30am at which time Lior & I wake up (sometimes Lior wakes me up at 6:30 or 7). I totally did not account for this time Luke & Eli spend together EVERY SINGLE DAY. I didn’t think about the big shift in his routine, and the complete lack of one on one time with Luke, or even any parent. Truth be told, I just expected Eli to not even notice Luke was gone. I put him in the baby box. He hasn’t really noticed on any of the 3 other trips Luke has been on in the last 6 months. But Eli isn’t really a baby anymore.

As soon as I realised that he missed Luke, my heart was changed, and instead of feeling so down and overwhelmed about being on my own and having two little kids to look after, I started to feel really sorry for him, and prayed for God’s shalom to rest on him and that in the night I would be enough for him, just till Luke gets home. And I started to really mellow, and those bits of me that were all tight started to relax, and I guess Eli picked up that I was a bit more relaxed, and thankfully he’s had a few good nights. He still wakes up ridiculously early, but I’ve just resigned myself to going to bed at 7:30pm or8:30pm when the boys do in order to survive the day. I am behind now in all my projects, but that’s just the way it has to be for now.

And that leads me to Lior…

Lior did not seem to mind the first two days that Luke was gone. He spoke to Daddy on FaceTime and was happy tell his stories. We talked about Daddy a lot. He was okay. But after a few days he started to have major tantrums and melt downs about nothing things. Just things where he wasn’t getting his own way. And this is my son who when you ask him to do… anything, he says “Yes Mum” or “Yes Dad”, and he ACTUALLY DOES IT. Luke trained him to do this. It’s amazing. Anyway, he was getting a bit crazy. Violent even, and I was starting to get a bit worried, because, holy hell, why is my kid going psycho?! And everything was a big deal now, and he was walking around the house saying “I crying mum. I sad”, and because he couldn’t tell me WHY he was sad or crying (he wasn’t crying), I just assumed he was being silly or talking about it lots because he’s just learnt about it.

It was around this time that I made the discovery about Eli missing Luke, and a couple of hours later Lior had a tantrum I just looked at him and realised, “Oh. You’re missing your Daddy too”. I thought about it, and Lior had not talked about Luke for days. Actually, he completely avoided talking about him. He wouldn’t even say “Dad” or “Jor-El” (the super-hero name Lior assigned his father). He would repeat every word I say if I asked him to, but would not say Dad.

Today in the car Lior & I had a little talk. It went like this:

Lior: (after having a major spack attack in the car park of the pool where we’d been playing (happily!) that afternoon) “I sad!”
Mum: “I’m sorry to hear that Lior. What’s making you sad?”
Lior: “I no like you”.
Mum: “Great. Okay. Well lots hop in the car”. (in my head I am thinking, oh Frack this is escalating pretty badly. Must try to get him to talk about this).

It was around this time that Luke actually called, so I pulled over to answer the call (actually, to order pizza, and then he happened to call while I was pulled over. Haha). I told Luke all about this, and I checked with Lior that he really didn’t want to talk to Dad because he was right here, and he definitely didn’t.

Luke said to tell Lior that he loved him. I did. Luke said to tell Lior that he can’t wait to give him a big hug. I did. Then Luke asked me to tell him another thing (I forget now. whoops!), but I didn’t. I looked back at Lior and saw his little eyes full of tears, and realised that talking about Luke at all, even good and happy things, really was making him super sad. My heart broke! My poor little mister, missing his Daddy so much.

So here I am with two broken hearted little boys, and 5 more sleeps until Luke gets home.

Is there anything better than being reunited with the person you love?

If there is it’s this: seeing two people you love, who have missed each other most of all, reunited at last. To see father & sons cling to each other after time apart is just… magic.

The moment I saw Luke walk through the airport doors my stomach leapt up into my mouth and I held back tears. Sometimes you just trundle along through life so much that it’s not until you see the person again that you really let it go and feel that swell of emotion. I imagine that this is partly how Lior felt. I told him Daddy was coming through the doors and he stood up and walked towards them slowly. He stopped dead in his tracks when he saw Luke come through the doors & I felt like the moment dragged on forever. When Luke shouted “Lior!” he rushed over to his Daddy and gave him the biggest hug. They both did – tears swelling in Luke’s eyes.

And of course we all hugged and kissed and smiled and breathed that sigh of relief that once again we were all together and things were as they should be. It was like the fog that had filled my mind the last two weeks was lifted and now I could see better because he was here by my side. Living life together.