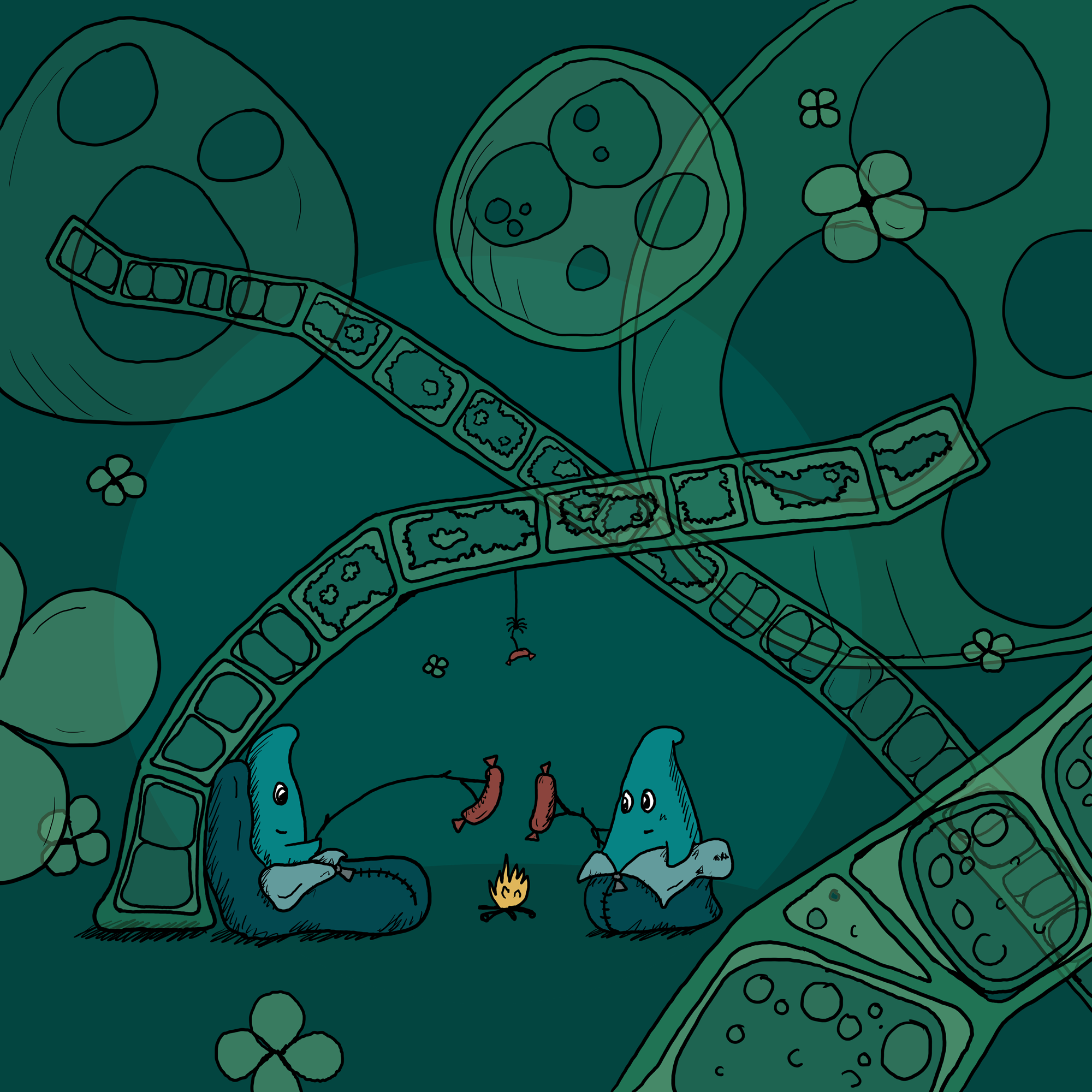 From the high mountains of a very mountainous region, a river flowed through their earthy branches. The rain fed the strength of the aquiferous  into the sea were it rested waiting for the sun to take each of the water drops that made the nature call him ‘Ocean’.

The clouds weren’t being as friendly as the ocean would wish and in its cold body, two drops of – once upon a time ‘sweet water’ – were freeeeezing their molecules off.

The male drop of sea water noticed that the female drop of sea water had more cold than him and so he offered to share his place beneath an algae to get her warm.  Both drops, as well as all the zillions of other drops of sea-water dreamt at the expectations of a clear morning were the sun be able to evaporate them into the sky.

The sun finally came and under its heat the drops waited until a sun-ray light them into vapor. She drop of sea-water kissed his love good-bye wishing to meet him on the future while. He drop of sea-water tried to grab her but he was already vanishing into the clouds.

The wind blew separating them as expected and both drops of sea water travelled the world by their own with nature condensing and evaporating their bodies  again and again.

The drops of sea water that once slept together under the green hood of the sea algae experimented all kinds of transformations during their trips. They were clean water, water in cans, water in plastic bottles, water in licor, water in mouths of all kinds of living organisms. During the autumn of their lifes they satisfied the thirst of jungle trees, forest trees, beach palms and desert bushes until the winter came.

He drop of water jumping from tree-cup to tree-cup as a shiny snow-flake noticed a perfectly polished snow-flake at the top of the farest pine and with the help of the breeze, approached the transparent ice-star from the back. The heart of She snow-flake began beating as a water pump because she knew…