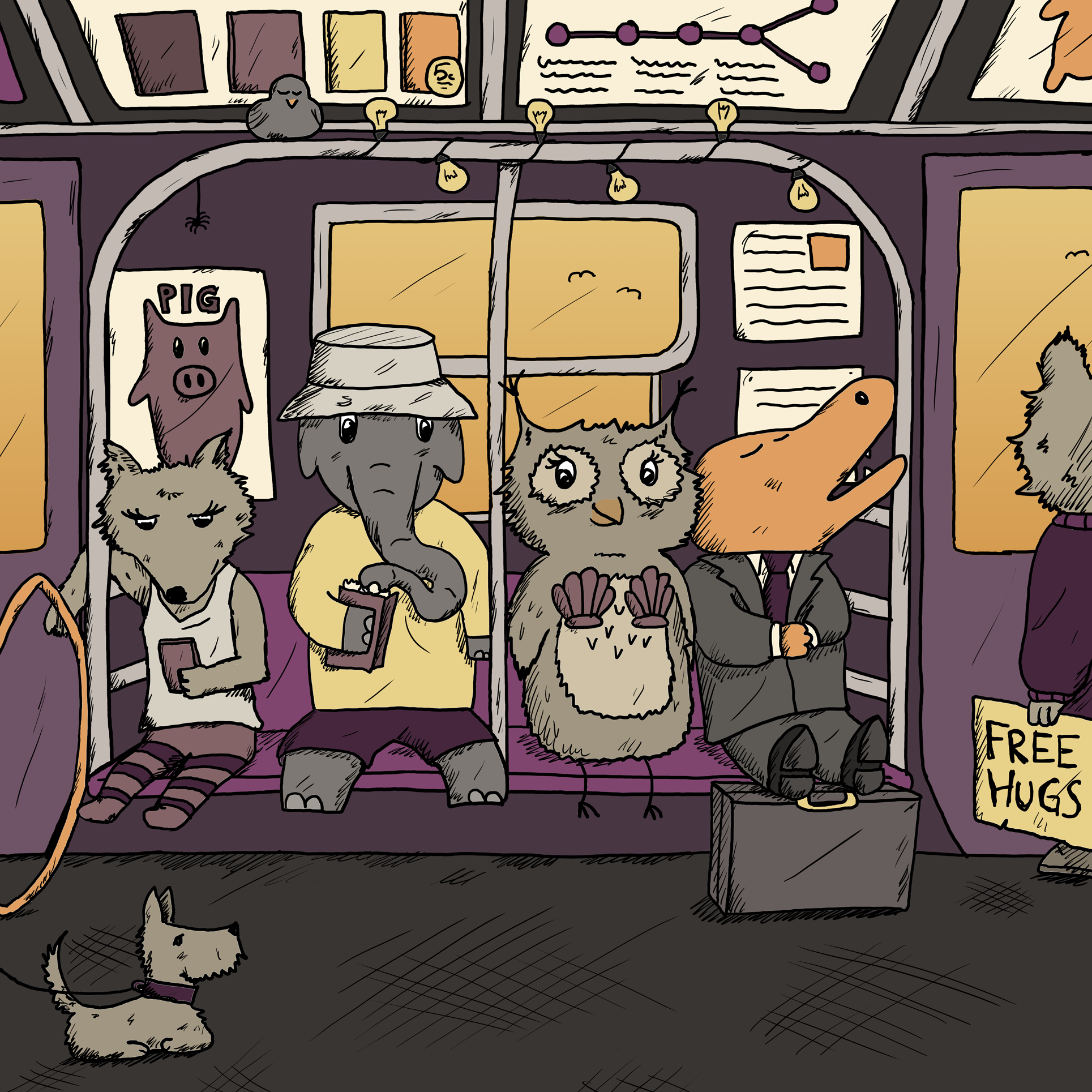 New York City is a place of juxtaposition, of opposites, of balance.

New York City is a place with hundreds of streets lined with sticker carcasses, half smeared graffiti, and molding trash just as there are streets with spotless glass windows, 55′ video screens, and boutiques that sell poor quality clothing with insanely high markups because there are people rich enough to buy them.

New York City is a place where actors and actresses, late night show hosts, and big shot CEOs can find fame and acclaim yet hide in the corner speakeasy on Monday night where no one will bombard them with questions or requests for just one photograph or signature that when added together becomes hours, then days, in their lifetime that they never get back. It is also a place where a popular, well-to-do, student council president straight out of college can find anonymity and seclusion, because suddenly their accomplishments and material possessions are a dime a dozen or pale in comparison to that of a tenant in the nearby Trump apartment building.

New York City is a place where you can step into a restaurant and be expected to pay hundreds of dollars for an entree and a drink – because they have floating candles, a fountain, waiters who will lay cloth napkins on your lap, five different options of sparkling water, and salmon that is moist but has a perfectly crunchy skin. Then you turn the corner and you can be just as satisfied with chicken over rice from a Halal cart manned by a middle eastern man that works too long hours for too little money – if you can relish the taste and quantity without thinking about how it’s made, and who really knows or cares.

New York City is a place where you are among millions of people, each with a different background, story, and challenges more vibrant and complex than your own. You are surrounded by so many people, people who may converse with you, call out to you, even compliment you. And despite this, you can feel completely alone.

New York City is a place where it’s okay to step onto the subway still wearing that costume you made for a parade – medium sized seashells that barely cover your C cup breasts but still suffice as clothing and make you conservative because it’s technically legal to go topless. But it is also the place where wall street analysts put on starched collars and fitted blazers for 18 hour work days until they wear holes through their shirt where their elbows are rubbing against their desk.

New York City is a place where grand stone cathedrals under construction stand next to newly designed buildings that have windows in strange places and slanted sides that don’t make sense. “It’s aesthetics” the design student says, but the woman in her fifties – she prefers the old world architecture of the beige and mint green Brooklyn City hall buildings.

New York City is a place where you can sit at the same spot in any of the scattered parks throughout the city and see the same people – the guy with a flock of pigeons – all of whom he knows by name, the girl with brightly colored tights performing with two hula hoops, the slightly cheeky guy that plays the grand piano, the men with giant sticks connected by dirty rope and buckets of soap water to delight the children with bubbles, the break dancers that yell too much and don’t dance enough, and the sex offender carrying the free hugs sign who will charge you if you take a photo with him. It is also a place where you can sit in the same spot and see people from fifteen different countries in one afternoon, people you’ve never seen before, only get to see for a moment, and will never see again.

New York City is a place where impatient bikers will aggressively ring their bell and yell “bike lane” at the top of lungs for people to move aside, where cars are constantly honking at each other as if that will make the traffic move faster and people drive smarter, but in reality only helps to relieve the pent up frustration of moving towards their destination at a slow pace. It is also a place where strolling tourists stop to take a photo of nearby attractions every two seconds, capturing every skyline and piece of art at a rapid pace, as if their photo will be better than the millions of versions taken by every other tourist that stood at that same exact place and took the same photo.

New York City is a place where skyscrapers loom well above our heads and below us an intricate subway system that weaves throughout the city streets. The undergrounds, alleyways, street corners, and vacant lots are active and alive with dark secrets and people that live on the fringe. One block away, a gathering of startup founders are popping champagne on a rooftop bar with strings of lights illuminating their celebratory faces.

They say that in New York City, if you want it, you can find it. I found a lot more than I meant to, and not just the things I expected to find.

I found in myself a sense of adventure, a willingness to put myself in unknown situations, and an ability to stay afloat regardless of where I am or what I’m doing.

I found in my friends a refreshing sense of curiosity, incredible compassion, and ideas and dreams that push the boundaries of social confines.

And I found in the humans of New York the seeds of hope, dreams of love, quests for power, cries for help, insatiable appetites for change – raw and vulnerable voices of emotion that resonates inside all of us.

If New York City was a part of me, it would be the soul.