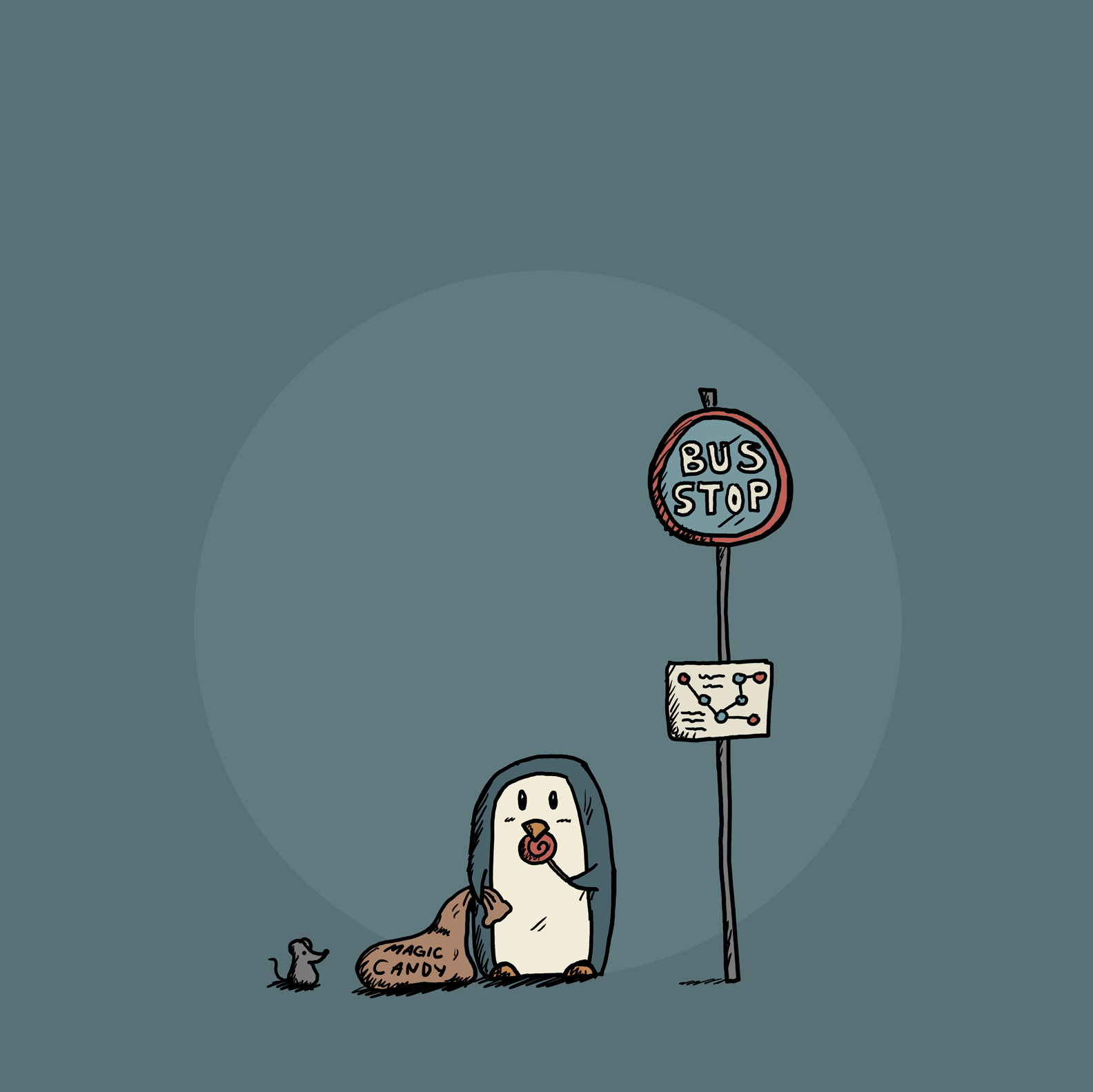 There once was a lonely penguin that everyone picked on and called mean names. It made the penguin very sad. He was walking home one day after a particularly mean bullying session when he stumbled upon a bag of candy. This bag of candy was not ordinary however, it was labeled with a tag that said “Magic Candy” and in tiny print it stated “caution, extreme powers contained inside, use at your own risk”. Unfortunately the penguin was only ever taught to read normal sized print, and therefore could not read the tiny print. He ate the candy all up and started walking away when he started to rumble and bumble, and suddenly he was taller than all of the buildings in town. It only took a second for him to realize what had happened, and the only thought that went through his head was “Those bullies will respect me now”. The horrors that happened in that town when the “little” penguin got his revenge could never be undone, and the husk of the formerly glorious city is all that remains  today. No one has seen the “little” penguin since.