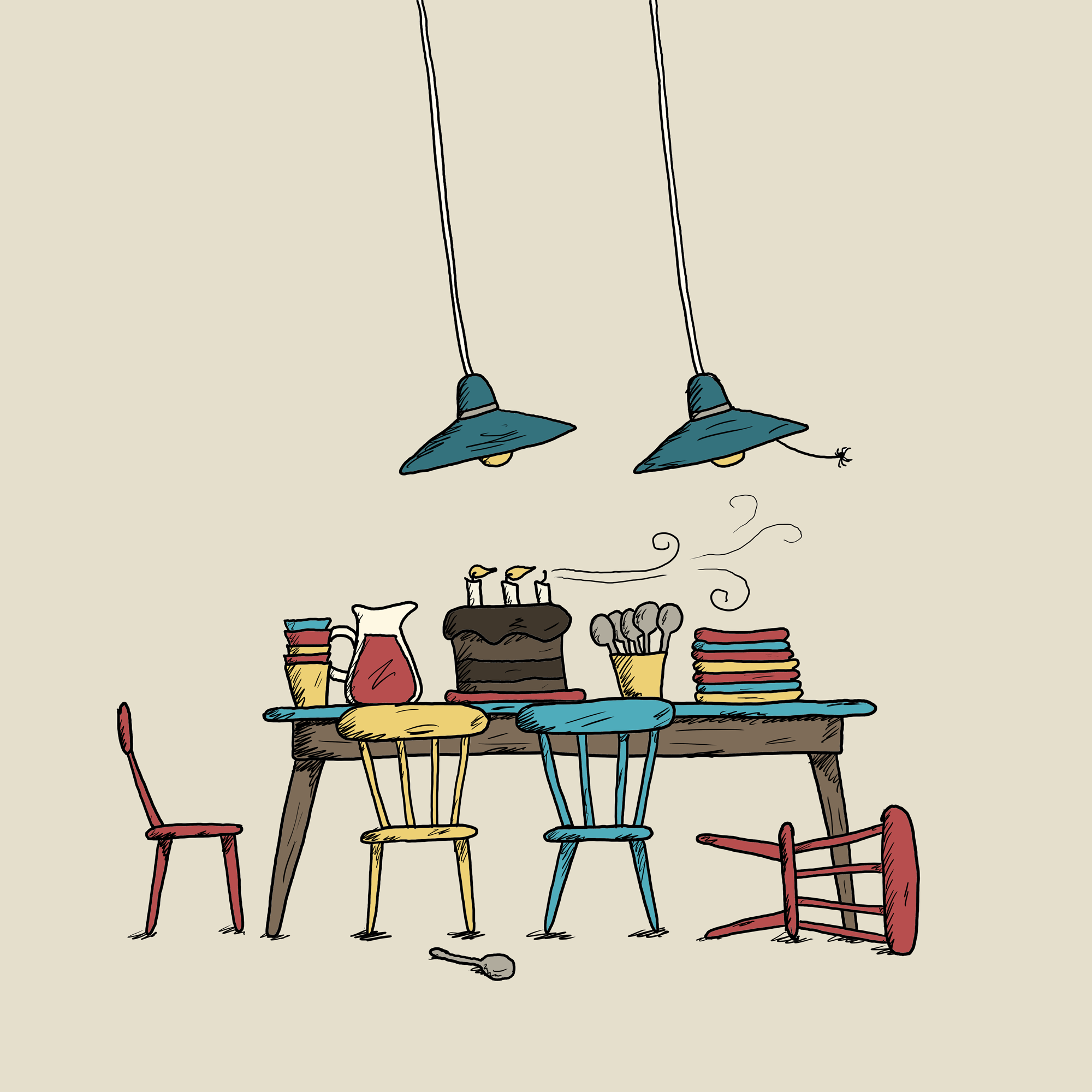 Story #169 – Mystery on Maple Lane – Chapter three: What lurks inside

So the children tiptoed over to the back door, where they dared to turn the knob. The house released a loud creeeaaak.

At least inside, Lily and Sam’s parents would be around to protect them.

Besides, there was no girl in a nightgown, nor were there any other strange things lurking upstairs.

Their mother, the kids imagined, would be busy emptying boxes and making their new house feel like home.

And their father was surely in the kitchen, preparing a delicious welcome supper.

But when Lily and Sam stepped inside the old wooden house, there was neither a person nor a box in sight.

It was as though the Lynch family had never even moved into the old house at the end of Maple Lane.

Where could Sam and Lily’s parents possibly be?

There was no way they were outside. It had gotten dark very quickly, and a heavy fog lingered about the house.

Sam stepped into the kitchen and uttered a sharp cry.

“What is it?” asked Lily, running over to her brother.

“It smells like there’s a cake baking in here,” he whimpered, his lower lip trembling.

Lily took a deep breath in and detected chocolate. In the otherwise cool house, a gust of warm air wafted from the oven.

“The girl in the nightgown!” she shrieked. “She must have made it!”

Sam met his sister’s gaze, his eyes as wide as the full moon outside.

The Lynch kids didn’t know what to do.

They weren’t allowed outside after sundown without adult supervision.

And besides, it wasn’t safe out there. As Mrs. Lynch had said, there were no neighbors around for miles and miles.

So Sam and Lily had no choice but to stay in the house and hope for their parents’ safe return.

But before they could solve the mystery, footsteps sounded on the second floor. Lily and Sam clutched each other tight.

Then came the voices, which the children heard through the ventilation.

“I’m so hungry,” moaned one of the spirits from upstairs.

But what happened next changed everything.

“The cake will be ready soon,” announced their mother’s voice through the ventilator.

“And the kids will be home in any minute,” declared their father.

Confused, the Lynch kids bolted upstairs. They had to make sure their parents were okay. Lily and Sam held their breath as they prepared to face the ghost girl in the nightgown.

The lights flickered on, and Mr. and Mrs. Lynch stood smiling, surrounded by the kids’ aunts and uncles and cousins.

Never in their lives had Sam and Lily felt so relieved.

“It’s a housewarming party,” explained Mr. Lynch, giving each of his children a squeeze on the shoulder.

“We wanted to surprise you,” added the kids’ mother. “We invited the whole family.”

And there, dressed in a white nightgown, was their little cousin Jenna.

“We hid upstairs while you were playing outside,” she said.

So the Lynches, along with all their aunts and uncles and cousins, made their way downstairs.

After it cooled, Mr. Lynch frosted and sliced the chocolate cake. Then he served it to his family.

That was when the doorbell rang.

“I’ll get it,” said Mrs. Lynch. “I wonder who that could possibly be.”

Outside stood a scarecrow with black button eyes.