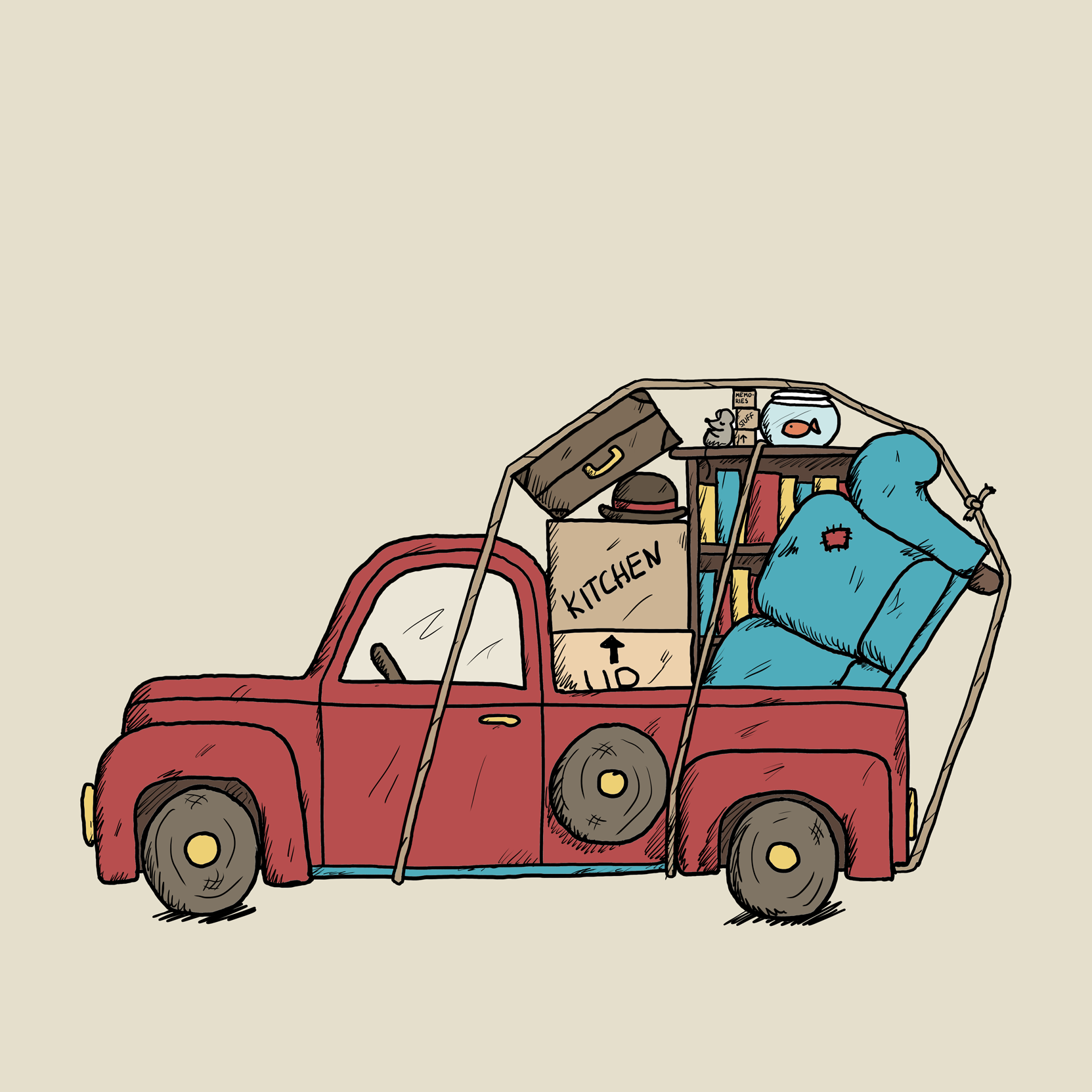 When the car pulled into the driveway, Lily didn’t like the look of her family’s new home.

“It’s falling apart,” she said of the house on Maple Lane.

“And where are our neighbors?” chimed in her brother Sam.

It was true. Darkness surrounded the house, and the lawn hadn’t been mowed in months. Plus some of the windows were covered in a thick layer of dust.

Mrs. Lynch turned to her children.

“There are no people for miles and miles,” she added.

But the Lynch kids would soon find out the truth.

They weren’t alone in their new house.

Once the movers had carried all the boxes inside, the Lynch parents got to work.

“Daddy’s going to the store to pick up ingredients for dinner,” said Mrs. Lynch, “and I’m going to start unpacking.”

“Can I help?” asked Lily. She hugged her mother around the knees.

A strange feeling was brewing in her stomach, and she didn’t want to be alone.

Something wasn’t right with the old wooden house. Lily just knew it.

“That’s okay, Sweetie,” replied Mrs. Lynch. She unpeeled her daughter’s arms from around her legs and tore open a box labeled Kitchen Items. Then she started digging through stacks of pots and pans, plates, and handfuls of silverware.

Mrs. Lynch glanced at her children. Sam was sitting in an armchair, playing games on his mother’s iPhone. Lily stood beside him, looking on.

“Why don’t you two run along outside and explore?” she suggested. “There’s a fantastic forest right in the backyard.”

Sam flicked his thumbs against the touchscreen phone. He hadn’t heard a word.

“Samuel!” called Mrs. Lynch. “Please go outside with your sister. Leave that technology behind and go enjoy nature. The fresh air will do you good.”

The knot of dread tightened in Lily’s gut.

“Mom,” she began, fixing her gaze on the damp wooden floor. “Why are there footprints in the house if we just moved in?”

Then she examined her brother.

“And how come someone left their old furniture in here?”

“The old owners weren’t able to take everything with them,” explained Mrs. Lynch. “And as for the footprints, they’re probably from your father’s muddy shoes. Now go on and play outside.”

But if the old owners had wanted to leave couches and tables and chairs, then why were they in such bad shape? On the dining room table, chunks of wood had begun to rot, and Lily noticed that stuffing was spilling from one of the sofas like a dog foaming at the mouth.