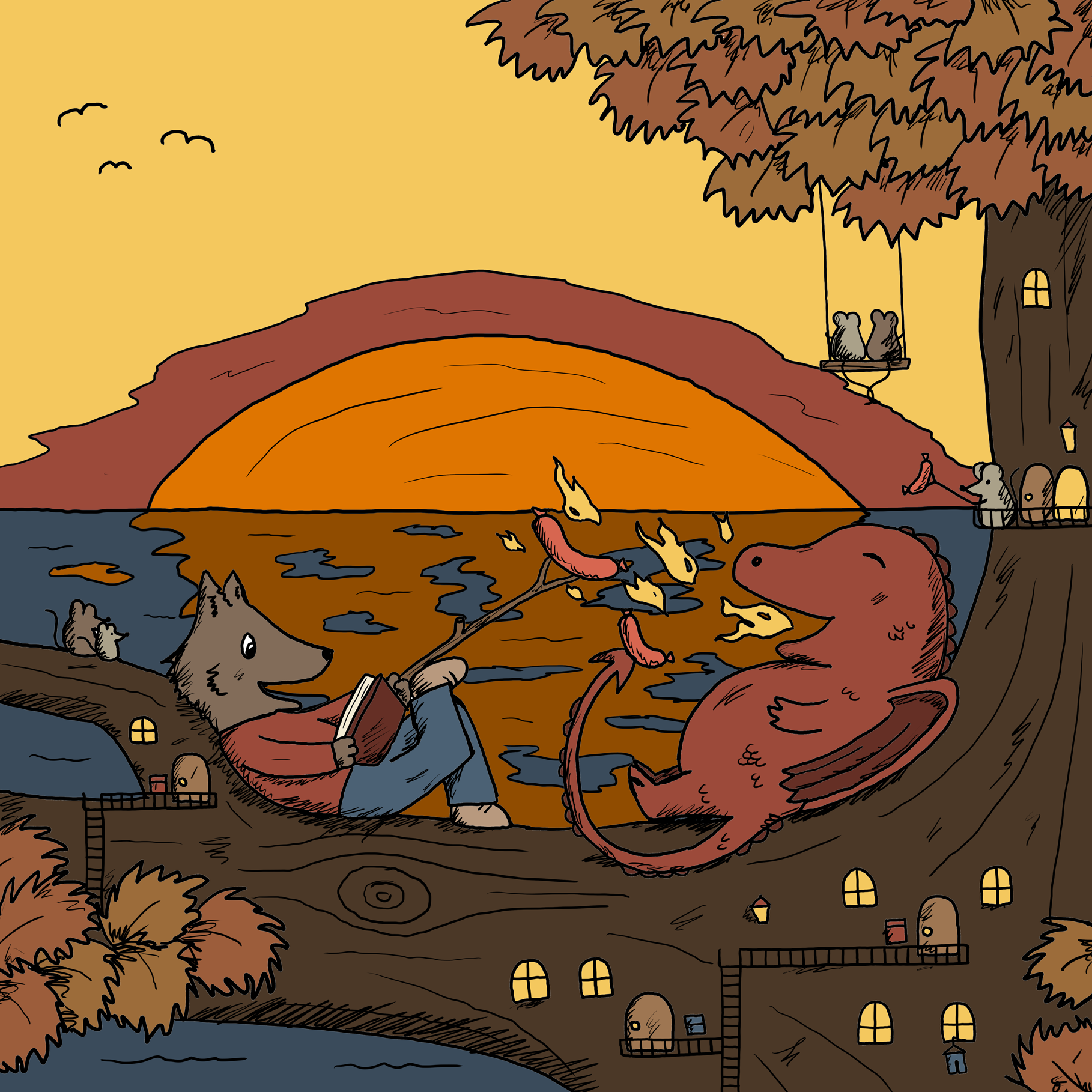 !Be aware of the dragon! That’s not a very inviting welcoming sign, is it? but the law says:
“If one keeps a draconem (dragon) as a pet, one is obligated to clarify this with a sign on the door”. I think it’s kinda silly but it doesn’t bother me.

He is the kindest you’ll ever meet and wouldn’t do nobody harm, except for a few flies occasionally , they freak him out. My friends love him too, even though it took them some getting used to him. When he first moved in they asked me what I was thinking, and I didn’t really have any other answer than that I’ve never been a cat or a dog person.

Now I know that I’m definitely a dragon person and I’ve found that it’s also extremely handy to have a serpent friend with wings and a breath of fire. He will fly me to my job and back, help me with the cooking and heat up the house.

Sometimes on the weekends we fly away to the big tree by the sea where we chill out while I read him his favorite book about a mean, greedy dragon who lives in the mountains.
He laughs so hard that flames are coming out of his nose. At first I couldn’t understand what was so funny about a mean dragon, but now I think he laughs at the silly idea that a dragon could ever be mean and greedy. Dragons have an odd sense of humor.

But he is right though, dragons are the kindest and he is the best!