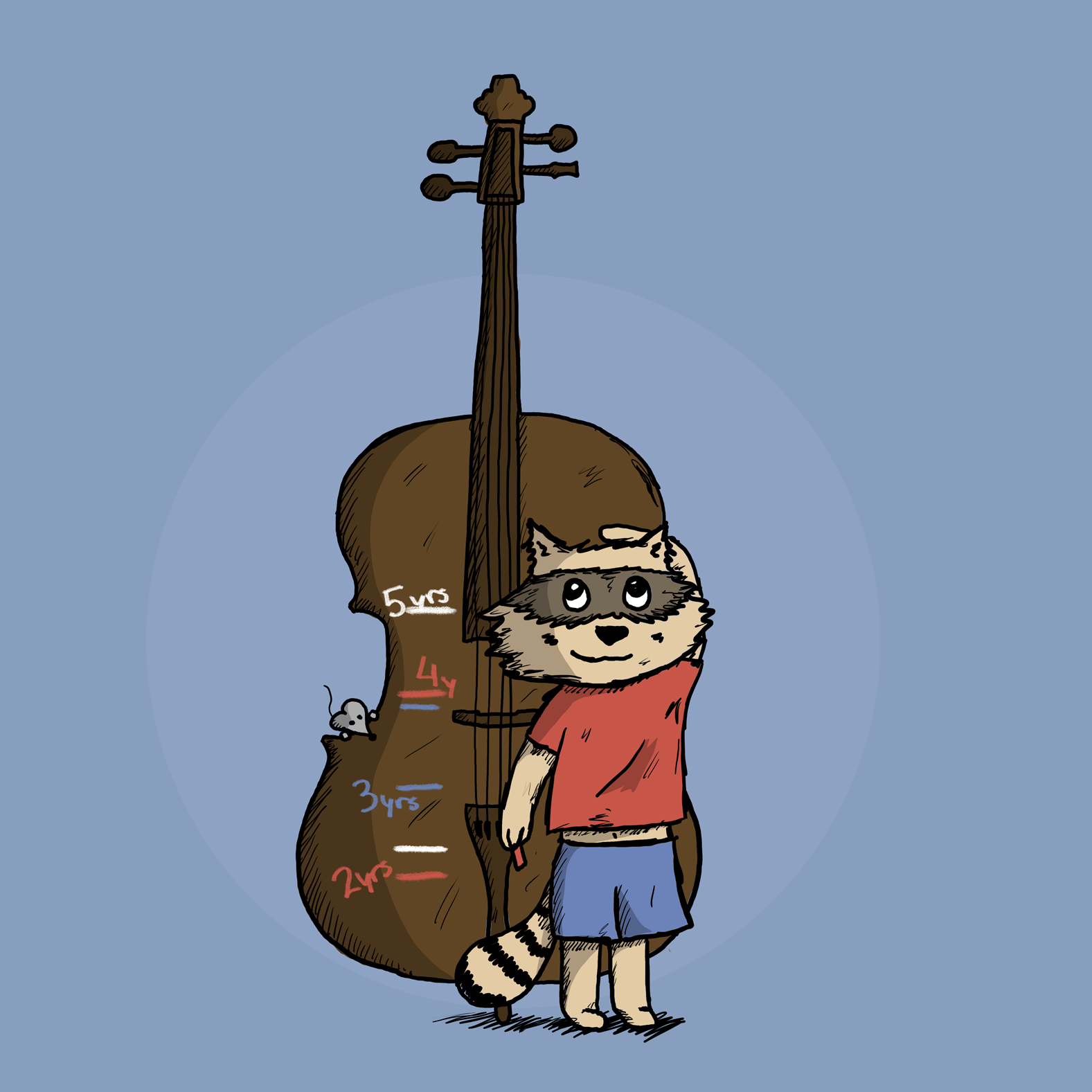 This is a story about a young boy and his cello. Years ago on his birthday he was given a cello as a present by his grandfather. Among the other presents, that was the only thing that captivated his heart. At that time he was far more smaller than the cello, so he couldn’t play it. He waited and waited. He often brought the cello to pose with him in front of the mirror. It was still too big for him.
Years had passed until today when he is finally big enough to hold the cello and play his first song.